by Editor TTNow
in Weird News
0 0 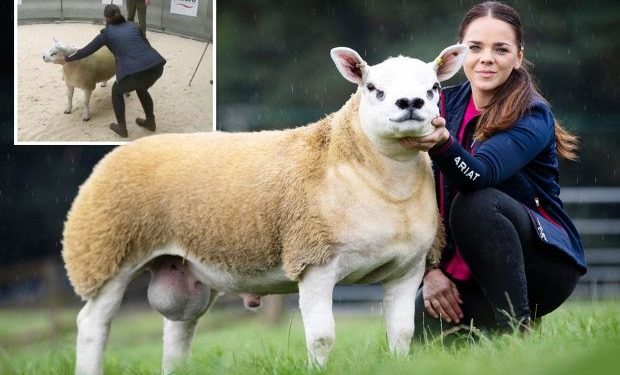 A UK sheep has been bought for INR 3.5 crores at an auction making it the most expensive sheep sold in the world.

The opening bid was reportedly INR 8.7 lakh, with Charlie Boden and his family from their Sportsmans flock in Stockport, Greater Manchester, pocketing the final bid. The owner of the animal said that the sheep was a special one and he was expecting high bids for it. However, he never dreamt it would make such a large sum at the auction.

“He’s just an outstanding one. He’s a massive lamb with great confirmation and character, some of which is what breeding is all about.i knew he would make large sums but never expected this much” said the owner of the most expensive sheep.

Transparent public toilets in Japan turns opaque when you enter.