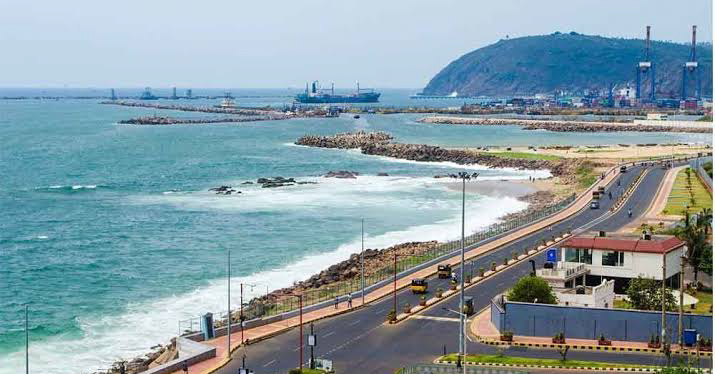 Vizag or Visakhapatnam is often called as the City of Destiny. However none of us know the origin story behind the phrase. After a lot of searching in internet, we finally found few possible explanations or theories of its origin story.

English started calling it as City of Destiny

Vizag was first occupied by Britishers in 1804. Though British entered the city as early as in 17 th century. They couldn’t get complete hold on it untill 1804. They used to call the city as Waltair in initial days and later started calling it as Vizagapatnam or Vizag. Britishers constructed a port and railway station and made Vizag as one of their important base in the east cost.

Vizag has a cool climate and natural scenic beauties, like beaches, Greenary and lots of vegetation. British offficers used to construct Bungalows in Waltair, facing towards the sea shore. All British officers from neighbouring regions used to come to Waltair to spend some quality time relaxing and enjoying the climate. They eventually started calling it as City of Destiny. This Phrase became popular when print media of Andhra Pradesh started gaining momentum in the 90’s.

Visakhapatnam’s development and growth sky rocketed in 90’s. From Real estate to industries, every sector boomed rapidly. With this rapid growth and beautiful scenic richness of Vizag, the Print Media started using the Phrase ‘The City of Destiny’ often when referring to the city. This is another possible explanation for the origin of the phrase.

Indira Gandhi called the city as ‘The Land of Destiny’

Indira Gandhi visited Visakhapatnam in 1962 for opening the first children park of Visakhapatnam at RK Beach. Indira was then serving as minister of Parliamentary affairs and communications under her father who was the Prime Minister of country back then.

When she became the Prime Minister of India, she inaugurated Vizag steel plant in the year 1970. During her visit she called Vizag as ‘The City of Destiny’. This Phrase was later picked up Print Media and made it popular.

15 Tollywood Actress who danced in Item Songs of Telugu movies.