Why is Visakhapatnam called as Vizag and Waltair ? 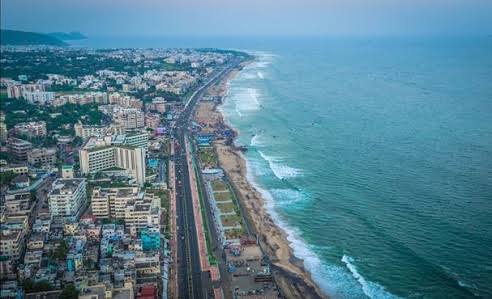 Visakhapatnam, the city of destiny got its name from Lord Visakheswara Temple (also known as Karthikeya, second son of Lord Shiva) which is now located beneath the sea waters of the city. During British reign, government built a port in Visakhapatnam along its natural harbour. Britishers found it difficult to pronounce the word Visakhapatnam and they used to spell it as Vizagapatam (pronounced as Vee-Zaag-ah-paat-ahm). Thus the name eventually transformed and was cut short to Vizag in later years.

Visakhapatnam is called as Vizag even today

The Britishers had problem pronouncing many Indian names. They called Mumbai as Bombay, Kolkata as Calcutta and Bengaluru as Bangalore, for their own convenience. Similarly Visakhapatnam was transformed to Vizag. However, the republic India recognised Visakhapatnam as the original name of the city and continued to use it after independence.

Visakhapatnam is also called as Waltair

Visakhapatnam is also called as Waltair. Now you know why The Waltair club of Vizag is named the way it is. There is no proper explanation for the name’s origin story. These are the possible explanations for the Waltair origin.

1. Some say that the city was named after a british officer called “Mr. Walter” who was stationed here in the early days when the East India Company established a colony here. The name Walter became Waltair.

2. Some say the city name is actually a word of telugu origin “Wada Theru”which means Township’s chariot. Since the area is located near the beach where temple of Lord Visakheswara was present, it might have got that name which was eventually transformed to Waltair with British mispronouncing it yet again.

3. Few argue that the word was originated from two common telugu words related to fishing “Vala – Theddu”. Vala means Fish Net and Theddu means Oar. Since the shore of Visakhapatnam was filled extensively with fishermen, it might be called “ValaTheddu”, which subsequently turned into Walatedu and Walteru and finally Waltair by the Britishers.

Top 10 Most Handsome men in India

Top 10 Most Handsome men in India