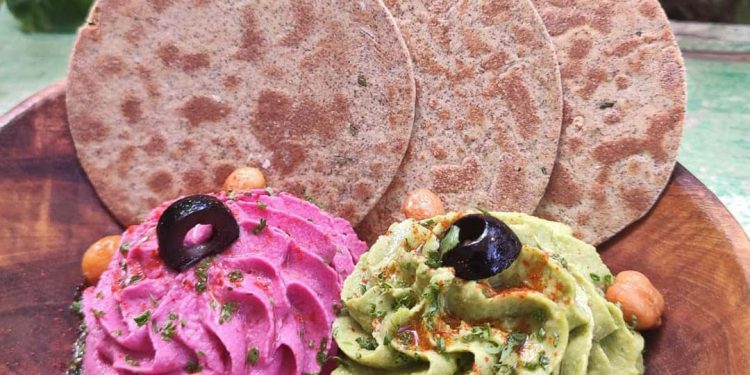 Indian cuisine is one of the most versatile cuisines in the world. From South India’s Idly and Dosa to North India’s Paratha and poha, we have thousands of varities of food items. One of the most popular cuisine in India is the Food of Gujarat. You might have already heard about the famous Gujarati Thali, but there’s much more.

Gujarat, the State with largest coastal line in india has a distinct flavour in their cuisine. The Gandhiji born state is a predominantly vegetarian state, so most of the delicacies are from vegetarian category. Gujarat uniquely combines the sweet and savoury tastes into a single dish. In Gujarati Food a wholesome meal is always prioritised. Let us check some of the famous traditional Gujarat foods.

This is the most popular Food item of Gujarat both inside and outside the state. Dhokla is a widely eaten in Gujarat for breakfast or as a snack. Fermented rice and chickpeas are the main ingredients of this delicious Gujarati dish. Due to steaming the delicacy becomes fluffier. Dhokla is then garnished with fried mustard seeds, green chillies, cumin seeds, grated coconut and other spices. People often consume dhokla with coriander chutney. Dhokla is made in several other forms like rawa dhokla, besan dhokla and khatta dhokla.

Khakra is preferred for people who love munching. It is a very common roti shaped wheat cracker that Gujaratis enjoy their breakfast along with hot beverages. Every household makes its own handmade khakra with Ragi, Jowar and other whole grains. Different spices and ingredients like methi, pudina, jeera gives different taste and aroma to the Khakras. Gujaratis love to take Khakras with them on long journeys as the food is durable for a longer time.

Khakra’s are Best Served With: Pudina Chutney or as it is

Thepla is yet another form of flatbreads consumed by Gujjus especially among the jain community. The ingredients of Thepla are quite simple and mostly consist of wheat flour or Ragi flour and spices. Different families make variants like methi, mooli, dudhi thepla etc according to their taste.

When we are in Gujarat we are often served with a side dish called Kadhi which is famous in many states of India but called with different names. It is one of the most common and refreshing Gujarati side dish. Even Barack Obama had a taste of it when he came to India during his presidential visit. The main components of the dish are buttermilk or yogurt and gram flour with spices such as asafoetida or hing, red and green chillies and chopped ginger. The mixture should be boiled and need to serve hot. The dish is very light and works as amazing medicine for sore throats.

This savoury snack is children’s favourite. The filling used in the kachori is fresh toovar and green peas. Indian spices like green chillies, hing, ginger etc. After filling, the kachori’s are deep fried. Immediate consumption of the snack is advised.

This is an amazing winter dish that originated from the textile city, Surat. The common vegetables used in the dish include brinjals, unripe banana, green beans, pea, potatoes and any other vegetables available. The traditional recipe involves a unique inverted clay pot to cook the recipe. The dish generally has a sweeter taste which comes from palm sugar added in it.

Muthia is another famous Gujarati snack. Gujaratis like to eat them either as a breakfast or even as an evening snack with hot beverages. The main ingredients of this snack are chickpea flour, bottle gourd, methi, and other indian spices. After shaping the dough it is generally steamed. The dish is also seasoned with sesame seeds, mustard seeds and chilies.

Another crunchy indian snack called as Fafda in Gujarat. It is crunchy and good accompaniment with tea. Like several other indian dishes, the base of this snack is also besan or gram flour. The dough of Fafdas gets made with the flour, carom seeds, black pepper, and salt. Then we have to roll it out and deep fry it in hot oil to get the end product.

Best Served With: As it is or Pudina Chutney

Yet another Gujju snack which can be compared to pakora. The most famous among its varities is Dakor ka Gota which mainly get eaten during Holi festival. Besan and semolina flour are the main ingredients and other spices are also added to give it a appealing taste.

In India, we find sweetened rice in several forms which are made especially during festivals. Doodhpak is also a speciality dish that originating from Doodhpak which mainly gets made during the festivities of Diwali. The rice pudding has ingredients such as milk, sugar, saffron, almonds and other exotic ingredients.

You might have already seen it general stores as a packed product. This it is very popular snack in Gujarat which is consumed like chips or other crunchy snacks. They are made of gram flour and urad flour. Chorafali can also be seen as a street food item in many parts of Gujarat.

A batter of gram flour or besan and yogurt are key ingredients in making this dish. The recipe looks very appealing to eyes. It is a lengthy process to make it at home. Nowadays people prefer to buy them ready-made. The snack has a topping of mustard seeds, coconut, and other indian spices.

Yet an another festive season recipe. This spicy and crunchy snack hails from the papad family which is wel known all over India. The making process of the snack is very interesting and plays a key role in the outcome of the dish. A sprinkle of Indian spices on the Mathiya makes it even more savoury.

This is most healthy recipe in the list which is consumed as both snack and main. The main ingredient is rice flour and along with it, we may add indian spices and a special salt. This dish is best eaten during the monsoon season.

Best Served With : pickle or chutney.

The Dabeli of Kutch closely resembles Vada Pav. The main difference between the two lies in the sweet and savoury potato filling between the buns. A red sweet and tangy chutney topping on it makes it more delicious.

This unconventional cake is made of fermented urad dal and rice and lots of vegitables inside the batter. The Handvo turns golden colour when places in the oven or pressure cooker.

Best Served With: Green chutney and a hot cup of tea.

Shrikhand is a unique hung curd dish made in many parts of North India including Gujarat. curd is mixed with sugar, cardamom and other flavours to make shrikhand. During festivals Shrikhand will be a mandatory dish in many households.

This is another mainstream sweat which is made in many parts of India but called with different names. Ghughra closely resembles Gujia of Northern India. The maker puts mawa, sugar and dry fruits inside a pastry and then deep fries it turning the outer part harder and crispier. Its unique design only adds to its amazing taste.

The sweet is made by roasting besan and then adding sugar and spices to it. It is also a part of every Indian festival that is celebrated by Gujarati households.

Gujarat is predominantly a vegetarian place but some do enjoy meat and chicken dishes. Murghanu Shaak is the Gujarati Non veg recipe that uses chicken and vegetables in the same dish. The marination of yogurt and added spices make the chicken softer and smoother.