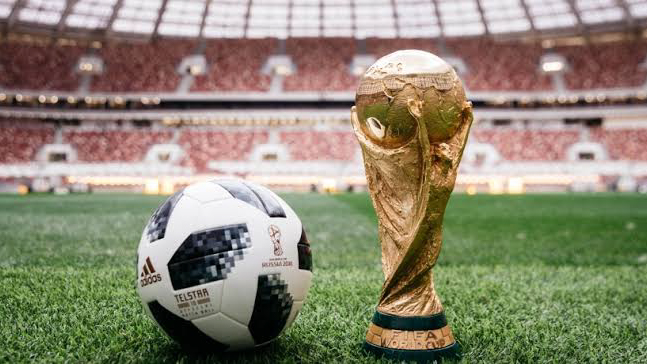 Though India has a large number of Football fans, there are many possible reasons we can’t afford it atleast for next 30 years.

For some reasons, successfully bidding to host the FIFA World Cup is harder than the Olympics. Unlike Olympics, Football worldcup is hosted in traditional regions (Europe and Latin America) mostly. It is very unlikely most of the time for other counties to host. Considering England as a part of Europe, Russia, South Africa, Japan and South Korea (combinedly) are the only nations who hosted Football world cups (each nation hosted only once) in the last 90 Years since the tournament’s inception.

However, there is a good list of countries like Australia, Canada and China who are capable of hosting World Cup but have never won the bid. England, Japan and USA only host once and they are keen to do it again. So, Even if India is financially prepared, it would face lot of competition to get through.

Russia, the 2018 world cup hosting nation spent 12 Billion US Dollars to host the event. For 2012 World Cup, Qatar is spending a staggering amount 200 Billions Dollars to host the World Cup. However, most of the revenue is being spent on reusable infrastructure of Lusail city which is the newly built hosting city of World Cup.

India spent a large amount of over 10 billion dollars (speculation) just to host the common wealth games which only requires 1-2 Billion Dollars to host. This was mainly due to the lack of infrastructure and corruption. As India has very poor Football infrastructure, we need to spend atleast 40 Billion US Dollars to host the event, which converts to around 3 lakh crores Indian rupees. This figures are highly impossible for present day India.

Indian Football Team is one of the most weakest teams (but improving) in the world, considering its huge population. It never qualified for the World Cup tournament from last 90 years since the inception of the tournament. However, no one gets the blame for this as India doesn’t have a great Football infrastructure and sponsorships unlike other playing nations.

Taking a financial risk of billions of dollars on a sporting event with such a weak team looks unnecessary. Because, it is important to have a strong team to attract the local audience and advertisers in hosting nations.

Security is one of the major concerns in hosting any big event. As the whole World will be looking at the hosting nation during the event, even a small disturbance will catch everyone’s eye.

India has a history of terrorist attacks which makes it a huge concern to host an event like this. Also India has many internal issues and people often try to highlight them during events like this to catch the global eye. Considering the traffic, population and terrorist threats, India needs to spend a huge money only for the security of the players.

Why India will definetly host world cup in future.

Inspite of all the issues we have discussed, India is a country of Billion people, which means we have a lot of possible audience in the country itself. Filling stadiums and increasing viewership is rather easy for the Nation, considering the number of Football fans we have. When India will be financially ready, we might have an advantage in the bidding as FIFA might definetly want to expand the popularity of Football in a Nation with Billion people. Also, India’s game is also improving from past few years. As FIFA is considering to select 48 teams for World Cups instead of the regular

However, the idea of Hosting the Football world cup sounds exciting, it is not going to happen anytime soon. Considered all the disadvantages, India might take another 30 years to be able to bid for FIFA world cup.