Most hated cricketers of all Time 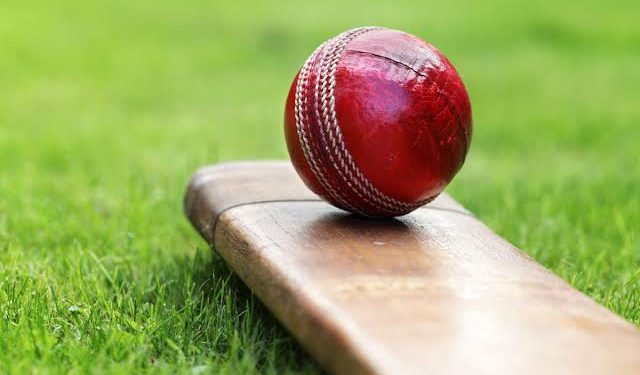 Cricket is one of the most popular sport in the world with a Billion fans around the world. Cricket is also called as gentleman’s game and the players are always expected to maintain the dignity of the game. No sledging, cheating and other agressive behaviours are tolerated in cricket. Infact the batsman are expected to walk out the field if he knew he was out even if the umpire decided otherwise.

Through the history of cricket many players have maintained the dignity of the game. Players like Sachin Tendulkar, Brain Lara, Don Bradman, Michael Hussey etc are respected around the world for their Gentleman behaviour and respect they show for the game of cricket. However there are cricketers who never bothered to uphold the dignity of cricket. There are players who are very agressive on field and are hated by many cricket fans around the world. Here is a list of most hated cricketers of all time in cricket

Note : The players mentioned below are also loved by many people all around the Globe. However, the list is prepared only based on haters list of players. Also, the list only relates to the cricketing career of players and not related to personal life or personality of the player.

Top 10 Most Hated cricketers of All time

The man who is responsible for India’s Second World cup victory is a hot headed player. Gambhir had many ugly spats with players from different countries. He also had minor issues with his teammates from Indian team. Even after retirement he has been very vocal about his disagreements with many players and selecting commitee on many instances.

Fight with Virat kohli in IPL

Spats with pakisthani players and other foreign players

Salman Butt is a very talented Pakisthani batsman and could have ended his career as one of the greatest batsman of Pakistan team. Instead, he threw all of it for a quick cash grab by fixing matches during the test series against Australia. With this incident he developed haters from his own country and the cricket fans of other countries.

The incident shocked the cricketing world as he was the captain of the Pakisthani side at the time. Cricket fans have since been unable to get themselves to forgive the cricketer for bringing the game into such disrepute.

Ricky Ponting is undoubtedly one of the legends of the game and also considered as one of the best captains in the history of cricket. However, during his playing days for Australia, he turned millions of fans off for his ‘win at all cost’ attitude. The Australian team lead by Ponting was famous for sledging, or as they would call it, ‘Mental disintegration’.

During Ponting era, though Australian team was considered as the greatest team ever existed in cricket, it was also considered as worst behaved team of all the cricketing nations.

Rahim is one of the very few Bangladesh cricketers who recieved international recognition for his Cricket. This Bangladeshi star player is literally hated by every cricket fan outside his country. The player’s objectionable behaviour on-field and off-field has put him in this list of Top 10

Over celebrations after winning games

India have a healthy batch of fast bowlers today. However, there was a time when Indian team is not as stocked as now in the fast bowling department. Sreesanth, with his pace and swing, was God sent for the side. However, for all the talent the Kerala pacer had, he would always make the news for all the wrong reasons.

His future in the sport nosedived after he was booked for Spot-fixing in the 2013 IPL. He has since been acquitted; however, many see him as nothing more than a troublemaker.

Hansie Cronje was a great player and Captained South African team in the 90’s. However his involvement in Match fixing Scandals lead to his downfall and eventually got him banned from the game. Cronje shook entire cricketing nation when he was found guilty for fixing international matches. Cronje later died in a plane crash when he was 32.

He is the only person from Srilanka who would make a negative list. The former Srilankan Batsman was very agressive on field and got into fights with many cricketers in his career. He also had an ugly spat with Sourav Ganguly, who pointed his finger and warned Arnold.

The cricketing legend of Pakisthan makes the list by distinction. The Pakisthani star sees cricket as a war instead of seeing it as a sport. He is well known for his chirpy behaviour on the field and was verbally very aggressive on the field. The most famous incident is the one involving Dennis Lillee in Perth, where Miandad was seen trying to hit the Aussie pacer with the bat. The umpire had to stand between the two to stop the ugly spat.

Miandad agressive behaviours doubles when playing against India. In a famous incident, he once asked for spinner Dilip Doshi’s room number, so that he could send the ball to his room. Once he mimicked Kiran More when he was over-appealing in the 1992 World Cup encounter. Miandad also had ugly spats with his own team mates.

Andrew literally attracts controversies like a magnet. This man has haters from all over the world which includes his own team mates and cricket association. Cricket Australia association was very vocal about the bad attitude of Andrew Symonds which eventually sidelined him from national team. He had ugly spats with many players including Harbhajan Singh.

The most popular cricketer of Pakisthan is also one of most hated crciketer who always attracts controversies. From suspicious death of Pakisthan cricket coach in T20 worldcup which was captained by Afridi to match fixing Scandals, Afridi’s name was involved in all even though he was never found guilty of any. He also had many ugly spats with cricketers from different Nations. Also, Afridi’s retirement drama is often trolled by many. He retired many times and always gets back into the National side after few months.

Remarks on Kashmir in a post match presentation ceremony