Mankading : Follow Rules or stay within the spirit of the game ? 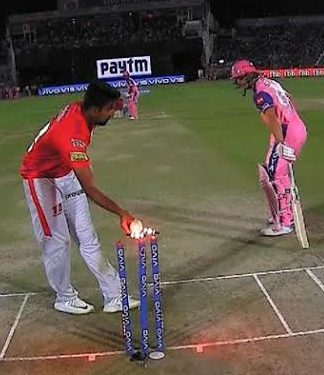 With IPL just around the corner, the controversial Mankading incident in previous IPL came to surface

During a match against Rajasthan Royals at the Sawai Mansingh Stadium in Jaipur, Kings XI Punjab captain R. Ashwin dismissed Royals Buttler in a run out popularly called ‘Mankading’.

Named after ex Indian bowler Vinoo Mankad, ‘Mankading’ is a method of run out where a bowler dismisses a non-striker by hitting the bails before bowling when the latter is outside the crease. Though this is a legally permissible dismissal, it is considered against the spirit of the game by both media and majority of the players in cricketing world

In previous edition of IPL this incident have drawn heavy criticism from all over the cricketing world especially Ashwin received heavy backlash from his own (indian) fans when he defended his decision . Few cricketing greats supported Ashwin while few argued that it is against the spirit of the game.

However this is not the first time Mankading has drawn attention. The credit for inventing the term ‘Mankading’ goes to the Australian media. During India’s tour of Australia in 1947, Vinoo Mankad had dismissed Bill Brown twice by removing the bails when he was outside the crease. Interestingly Australian captain Don Bradman supported Mankad but the Australian Press criticised him for acting against the spirit of the game.

The Cricket board have reconsider the discussion on this several times after such controversies, but it was decided to retain this rule to disallow the advantage for batsman.