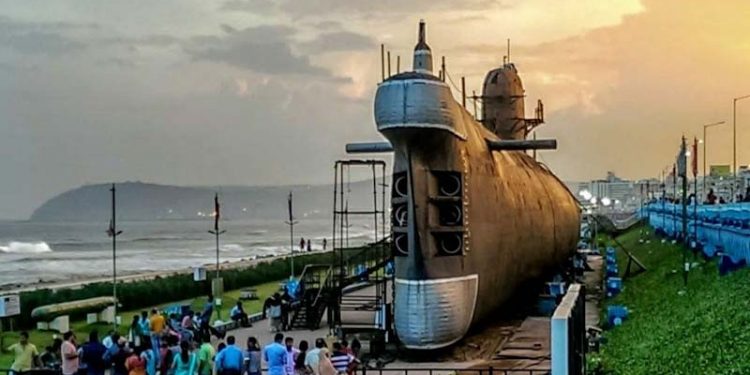 INS Kursura Submarine is a Soviet union built I-641 class Submarine inducted into the Indian Navy on 18, December 1969. After serving the nation for 31 glorious years, the submarine was decommissioned on 28 Feb, 2001. The Submarine was brought from the waters to the sands of the Ramakrishna Beach and positioned on concrete foundation to set up as a museum. for showcasing the life inside the submarine. The tourism department of Vizag looks after the maintenance of the museum.

The Museum shows several artifacts, photographs and written scripts related to the submarine and it’s functionality. The museum showcases the life of navy soldiers inside a submarine and hardships faced by the submariners in the sea. Guides and information boards are available inside the museum to help the visitors in understanding the details

Inside Submarine Museum of Visakhapatnam