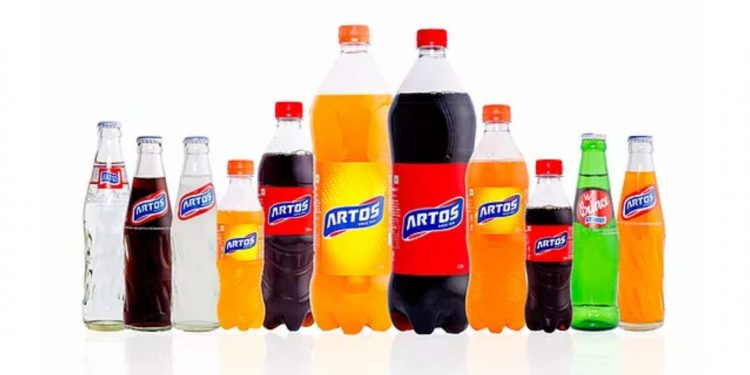 Artos is the first aerated soft drink in Andhra Pradesh. The company which was started before independence in 1919 completed 100 years and still going strong.

How it was Started ?

Artos was originated in Ramachandrapuram of East Godavari District. Initially the soft drink company was called as “Ramachandra Raju soft drinks” after its owner name and was shortened to “A.R Raju Tonics” and later converted into Artos.

In early 20 th century Ramachandra Raju bought a soda machine from the British sellers but he did not know how to operate and use it. Later, he came to Vizag with the soda machine and met a person in Port who told him how to use the machine. With that knowledge Raju returned to Ramachandrapuram in 1912 and started manufacturing a soda drink with the machine.

Britishers were the early customers of the Soda Drink

At first, local people were too scared to drink it due to gaseous content which was very uncommon in pre-independence era. There were also various myths around the soft drink and few people considered them as alcohol drinks. However, British soldiers who were well aware of the soda drinks started consuming them. Eventually by seeing British soldiers consuming, locals also started drinking Artos.

In 1919, a company was formed and it was officially made as a soft drink with all the permissions. The required sugars, gas and flavours were imported directly from Europe. The soft drink became famous in and around Godavari Districts.

During World War 2, many industries in India halted there business due to the ban on exports and imports. But Artos managed to continue its production by creating flavours taken from the local fruits. Artos was initially a cola soft drink but during this time it started many fruit flavours such as lemon, Orange, Grape etc.

Many international companies offers franchises but Artos never stopped. In 2019, it has completed 100 years and Artos was growing furthermore in Andhra Pradesh.

Though Artos used to supply their drinks India wide at one point, due to huge competition from international companies after Independence they stopped supplying to other states.

Artos has no franchises

On present day Artos supply is specific to Godavari Districts and few other nearby areas.