by Editor TTNow
in People
0 0 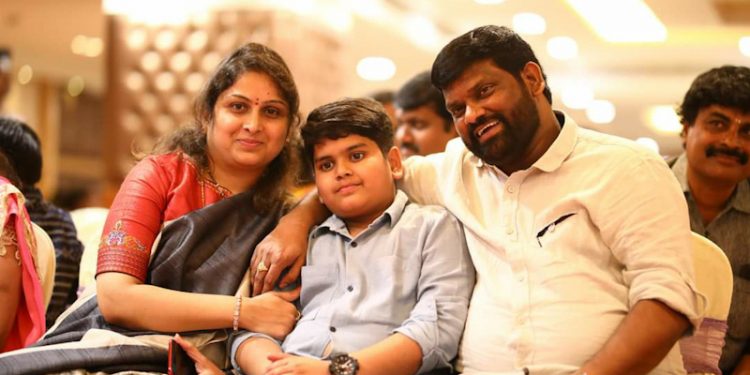 It is no exaggeration to say that there are no strangers to the Suvarnabhoomi (Infra Developers Pvt Ltd) Company in both the Telugu states. Their tag line ‘ Thara Tharaalaku Cheragani Chirunama‘ in Bala Subrahmanyam’s Voice will still reverberate in our ears whenever we hear about the company. While you already know about the company, you should also know about the man behind it.

Roots of the Founder

Sridhar Bollineni hails from a middle class family, settled in Nellore district of Andhra Pradesh. After his schooling in Nellore, Sridhar went to chennai to pursue graduation and post graduation. After completing his education in 2002, Sridhar dropped his U.S plans, inorder to stay close to his family and joined Green Home real estate company which was owned by his cousin who was a very successful Real estate developer by then.

During his five year Tenure as an employee in Green Home, Sridhar grasped all the Real estate techniques, marketing strategies and other required skills to manage a company. In 2007, Sridhar quit his job and floated a company on his own and named it as SuvarnaBhoomi which translates to ‘Land of Gold’.

The first project of the company was a small 11 acre land at Shadnagar in Hyderabad. Even though it was a small project, it turned out to be a huge success. This boosted the morale of the founder and helped him to takeup an 86 acre land for his next project which was inaugurated by legendary Telugu Filmmaker Shri. Vishwanath garu.

Throughout his Rags to Riches journey in Real estate, Sridhar managed to keep the trust of his customers in every project. Inspite of regular real estate hurdles and market fluctuations, he never failed to deliver on his promise. Due to this nature, the company was able to build a set of repetitive customers.

Vishwanath and Bala Subrahmanyam as Ambassadors

After his first project, Sridhar approached Vishwanath garu and explained his vision for the company. Overwhelmed by Sridhar’s Approach in dealing with an Industry like this with no certainty, Vishwanath garu agreed to be the Brand Ambassador for the company. Sridhar confirmed in many platforms and interviews that gaining the legendary director’s trust was the turning point for the company, as his reputation attracted many customers and built a strong trust among Telugu people towards the company. At 90 years of age, Vishwanath garu is still the brand ambassador of Suvarnabhoomi Infra Developers Pvt Ltd.

Sridhar Bollineni has generated over 5000 jobs through his companies. All of them are direct staff of his companies, working in various sections of business. By 2025, the founder is planning to generate another 5000 jobs, making the tally to 10,000.

Sridhar Bollineni has been very vocal in advising youngsters who are new to Real Estate field. He always says that a youngster or a newcomer should always start slow with a small project, prove his caliper and should opt for a big one. Because, Real Estate can be a very tough job for a Newcomer as it requires lot of skills, real time experience, patience and legal knowledge. A small project in the initial days will help new comers to understand the business and procedures in real time.