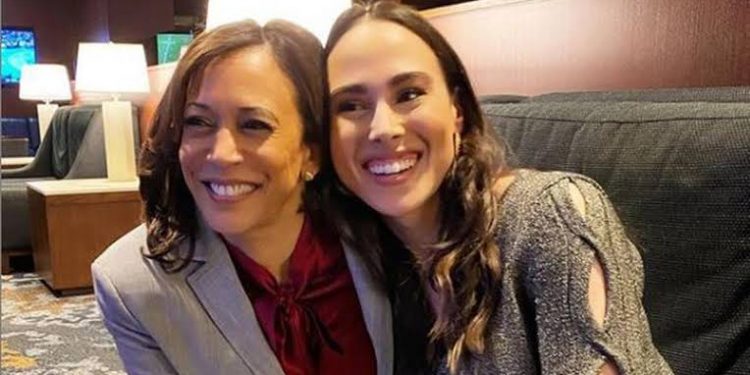 Kamala Harris’ niece Meena Harris is being constantly in the news nowadays. The American entrepreneur and social media influencer grabbed the limelight when her aunt Kamala Harris was named as the US Vice-Presidential nominee.

However, as her aunt is now in the White House, Meena Harris is trending from a month. She is being extremely vocal about the farmers issue in India and also she is timely reminding everyone that she has a Harris in her surname.

According to a report in Los Angeles Times, Meena Harris has been cautioned by a White House legal team of Joe Biden that she should stop “building her brand” by using the name of the US Vice President.

According to a White House official, soon after Joe Biden won the presidential election, the transition team’s ethics lawyers had told Meena Harris that she could no longer produce clothing line or write new books mentioning her aunt’s name.

According to the reports, Meena Harris has been using Kamala Harris name as a brand. The White House official added that the book, along with “Vice President Aunty” sweatshirts, Kamala Harris-themed swimsuits and other products, were not allowed under the current rules imposed by them.

Despite the briefing with ethics lawyers, Meena Harris reportedly continuing her activities by involving her aunt. Meena Harris launched a production company that produced a video with a political group to celebrate her aunt and collaborated on special-edition headphone set that used a slogan popularised by her aunt, the report added.

Story of Ananthalwar : The Devotee who wounded Lord Venkateshwara