List of Indian-Americans in key positions of Biden-Harris administration. 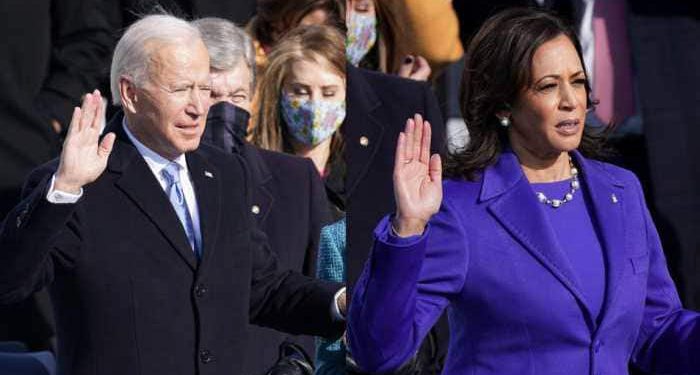 The newly elected American President Joe Biden has nominated 20 Indian-Americans, including 13 women, to key positions in his new administration. 17 of them would be part of the White House administration complex.

It is a record for a small ethnic community that constitutes one per cent of America’s population holding more than 17 positions in White House even before the inauguration of the President.

Here is the list of 20 Indian-Americans holding key-positions in Biden-Harris Administration.

The 50-year-old India-American has been nominated as the Director of the White House Office of Management and Budget. Previously she worked in many key positions when Democrats held the office. Currently, she heads the Centre for American Progress (CAP), a left-leaning think tank

Indian American physician Dr Vivek Murthy will return to his role as the surgeon general in the White House. The 43-year-old Democrat supporter was previously appointed by the Obama administration, and was asked to step down by the Trump administration. He co-chaired Biden’s coronavirus task force, which was formed in last weeks of 2020.

Indian American civil rights lawyer Vanita Gupta is Nominated as the Associate Attorney General at the US Department of Justice. She is presently the president and CEO of the Leadership Conference on Civil and Human Rights and has dedicated her career to protecting democracy and the civil rights of all Americans, especially immigrants and people of colour. Vanita will also be the first woman of colour to serve as the US Associate Attorney General.

Uzra Zeya is an Indian-American diplomat and is nominated as the Under Secretary of State for Civilian Security, Democracy, and Human Rights. With her roots tracing back to Kashmir, India, she presently heads the the Alliance for Peacebuilding.

Vinay Reddy, a Telugu speaking Indian American has a long-time association with Joe Biden. Vinay Reddy has been appointed as the Director of Speechwriting. He was the senior advisor and speechwriter for the Biden-Harris campaign and was also the speechwriter on the Biden-Harris transition. In the second term of the Obama-Biden Administration, he was the chief speechwriter to Vice President Biden.

Gautam Raghavan is a first generation immigrant and has been appointed Deputy Director in the Office of Presidential Personnel. Raghavan served as the Deputy Head of Presidential Appointments on the Biden-Harris transition

Indian-American Bharat Ramamurti has been appointed the Deputy National Economic Council Director for Financial Reform and Consumer Protection. NEC coordinates the domestic and international economic policymaking process for the administration.

Indian-American Garima Verma has been appointed as the Digital Director of the Office of the First Lady Dr Jill Biden. She was previously associated with the audience development and content strategist on the Biden-Harris campaign, and has been volunteering with the content team, designing graphics for Biden-Harris volunteers across the country.

Sumona Guha has been appointed as Senior Director for South Asia at the National Security Council department of White House. She is presently serving as the Vice President at Albright Stonebridge Group and was a co-chair at the South Asia foreign policy working group. Sumona Guha was also a member of the transition’s State Department Review Agency Team.

Indian-American Sonia Aggarwal has been nominated as the Adviser for Climate Policy and Innovation in the Office of the Domestic Climate Policy at the White House. She was the co-founder and vice president of Energy Innovation, which led America’s Power Plan, and brought together 200 electricity policy experts.

Sabrina Singh is a long-time associate to Kamala. She has been named Vice President Kamala Harris’s Deputy Press Secretary. The 32-year-old was previously the press secretary for Kamala Harris’ vice-presidential campaign.

Sameera Fazili, another Indian-American who traces her roots back to Kahsmir, has been appointed the key position of Deputy Director at the US National Economic Council (NEC) in the White House. The NEC looks over the economic policy-making processes and provides relevant advice to the president.

Democrat supporter and Health policy expert Vidur Sharma has been appointed the Testing Adviser on Joe Biden’s COVID-19 Response Team. In the Obama administration, he was a health policy adviser on the Domestic Policy Council working on implementing Obamacare successfully.

President-elect Joe Biden named Indian-American Rohit Chopra as the next director of the Consumer Financial Protection Bureau. An ally of Sen Elizabeth Warren, Chopra is currently a member of the Federal Trade Commission and helped launch the agency in 2011, previously serving as its assistant director.

Neha Gupta, who was an attorney in the Office of the General Counsel for the Biden-Harris Transition has been chosen to serve as Associate Counsel.

Indian-American Reema Shah has been appointed as the Deputy Associate Counsel at the Office of White House.