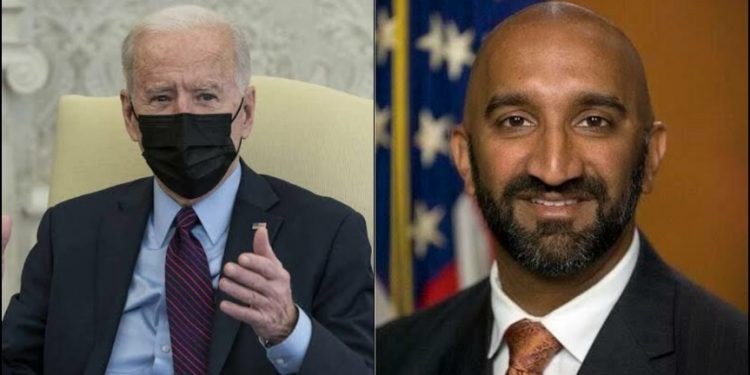 The New President of United States, Joe Biden has canceled the nomination of an Indian-American advocate Vijay Shanker as the judge of the District of Columbia Court of Appeals in Washington.

Appointment of judges is a crucial matter in US politics. Most of times the President’s administration will select party loyalists to the key positions in order to have control over law and administration. Even federal prosecutors are appointed on a party line and similar to judges their nominations have to be approved by the Senate. While many political appointees, including prosecutors, leave voluntarily when an administration changes in order to avoid the shame of getting fired.

Before being nominated by Trump’s administration, Vijay Shankar was the deputy chief of the Appellate Section of the Criminal Division at the Justice Department.

Vijay investigated and prosecuted violations of the Foreign Corrupt Practices Act and related offences and oversaw 30 lawyers who handle federal criminal appeals and draft Supreme Court briefs. He was also an adjunct associate professor at the Washington College of Law of the American University.