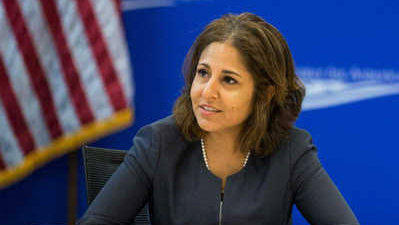 While appearing before a United States Senate panel, Neera Tanden, the Indian-American cabinet nominee to President Joe Biden, apologized to Republican Senators for insulting them in her previous tweets.

Appearing before the Senate Homeland Security and Government Affairs Committee on Tuesday, Neera said: “I deeply regret and apologize for my language and some of my past language in various tweets.”

Neera Tanden has made thousands of insulting tweets relating to Republicans. She admitted that she had deleted more than 1,000 tweets when she realised that she was likely to be in Biden’s cabinet.

However, despite the Republican backlash, Meera is certain to be confirmed for the position as Democrats have a majority number in the Senate with Vice President Kamala Harris’ casting vote.

Tanden is close to 2016 President candidate Hillary Clinton. She also worked
in the administrations of former Democrat Presidents Bill Clinton and Barack Obama. After 2016 election, Tanden became the President of the Centre for American Progress think-tank.