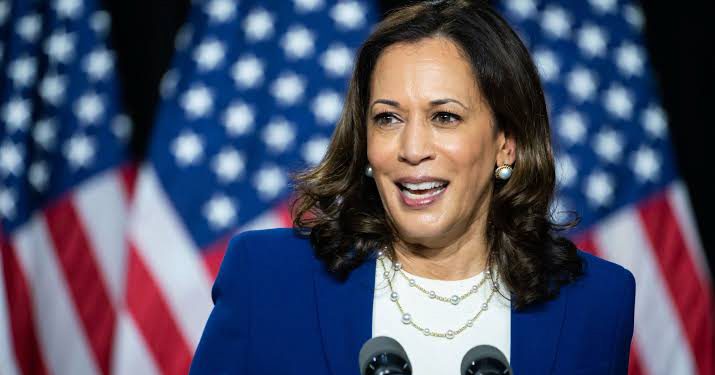 Kamala Harris became the first ever female vice president of USA and the best part is she is of Indian descent. It’s an undeniable fact that majority of Indian-Americans voted for Democratic party only because of Kamala Harris, inspite of huge efforts from Trump who had been backing India and Indian Prime minister from couple of years in the international arena.

Kamala recognises herself as a coloured women and cherish her cultural background which is inspiring many young girls. After her Vice-Presidential oath many young girls flooded her with appreciation messages. A young girl said “I have been waiting for a girl vice president since…forever,” in a handwritten note.

Another child has drawn a dog, in red ink, “to keep you company”, yet another has sketched Kamala standing in front of the Capitol which witnessed the scene of the deadly attack by a pro-Trump mob on January 6.

Kamala was all smiles reading all the letters tumbling into the Biden Inaugural Committee’s inbox in response to the “Letters to Kamala” digital campaign.

“Our young leaders fuel me with hope for a better tomorrow,” Kamala posted on her social media handles, hours before she takes over as America’s first woman Vice President.

From pleas for racial equality to simple words of praise and awe or just sketches of Kamala Harris, a sampling of the letters floating online offer glimpses into the ways that young people are processing the historic event of her inauguration.

Kamala Harris has broken multiple cultural and sexist barriers with this election win. Inspite of carrying the tags of Women, Coloured and Indian Descent, Harris managed to gain the support of the entire country. All credits to majority American voters who have credited her for achievements inspite of her social tags.