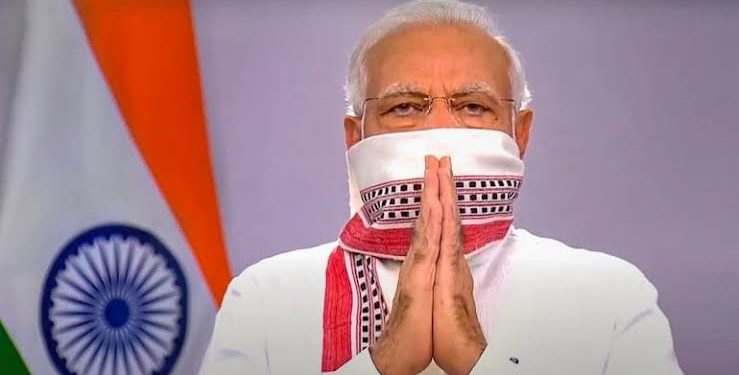 As India recorded more than 4,00,000 new Covid-19 infections last Sunday and the centre is being extensively criticised for their poor management of the Covid-19 Pandemic.

The second wave of the coronavirus in India has grown into a tsunami. The country is now being considered as the global coronavirus hotspot, setting records for the world’s highest number of daily cases. Images of hospitals overflowing all across the country with the sick and dying are flooding social media, as medical staff and the public alike make desperate appeals for oxygen supplies all across the country.

Meanwhile, both national and international Media networks and journalists are taking a dig at Indian Prime minister for his poor management of the pandemic. When Covid-19 infections were over 2 lakh per day, Narendra Modi was seen campaigning outdoors extensively for the Bengal elections. The central government did not took any measures to control the infections during various elections held across the country in last couple of months.

Middle class anger had been raising against Modi which might potentially shape the national narrative in next election. The pro-government media networks are also not able to entirely ignore the frustration of effected people against the central government.

Meanwhile Modi government is likely to undertake some major measures at least to be seen to be acting. Whether this genuinely addresses the raging pandemic isn’t sure, it is likely to lead to further concentration of power with the Centre.

Inspite of their reputation management steps, the seeds for a major shift of public opinion against the Modi government have been sown in this pandemic and the government has only its own failures to blame for it.