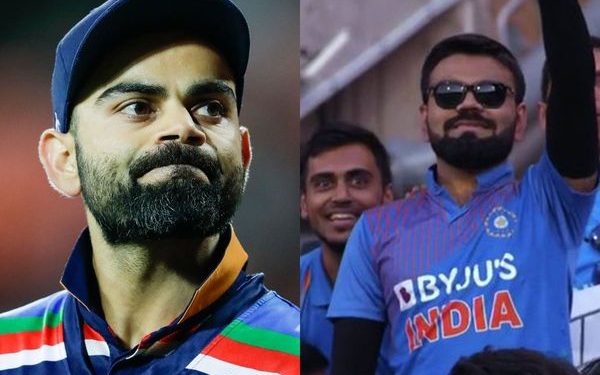 In the third T20I in Sydney Cricket Ground, India was up against Australia. While India tried its best to snatch the whitewash in the T20I series, Australia was determined to win the final match in their account. After being asked to fight first, Australia posted a strong 186 runs on the board. Half-century Matthew Wade (80 out of 53) and Glenn Maxwell (54 out of 36) moved so much momentum to Australia.

After winning the 12-run match, Australia avoided a whitewash in the shortest game format. Talking about the presence of fans in Sydney, they gathered in large numbers to extend their support to Men in Blue. However, the doppelganger of Virat Kohli was what caught the limelight. His presence in the crowd was marked by an Indian fan who looked exactly like the Indian skipper Kohli. Whenever the camera passed in front of him, he stood up and waved his hands.

He wore an Indian jersey and kept the same beard style as Virat Kohli. His appearance of black sunglasses brought more similarities to the look of the ace batsman. When the cameraman spotted him, he flipped the camera to Virat Kohli on the ground, making fans totally gaga. 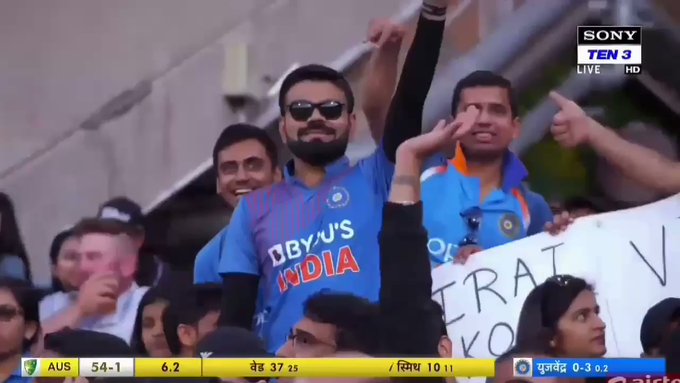