Sanchaita Gajapathi Raju : Is her claim for Gajapati family legacy is ethical ? 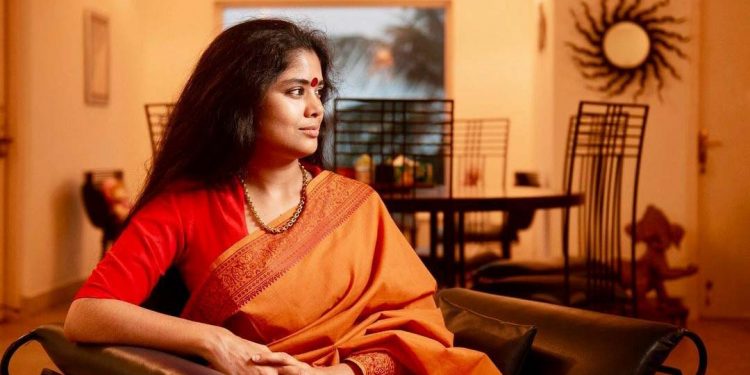 Sanchaita Gajapathi Raju is the daughter of former MP, the late Ananda Gajapati Raju and his first (divorced) wife Uma Gajapathi Raju. Sanchaita who is a lawyer by profession has distanced herself from her biological father’s family from childhood. Infact her uncle Ashok said that she even mentioned her mother’s second husband name as her father name in all her education certificates. Gajapati family has confirmed several times that all the divorce financial settlements were completed at the time of divorce itself.

Anada Gajapati Raju was the chair person of the MANSAS trust and all other family trusts untill his death. After him Ashok Gajapati Raju, former union minister and younger brother of Ananda Raju has taken the responsibilities. However, few months ago Sanchaita became very active and started demanding her father’s legacy as Chair person with support of the ruling party of Andhra Pradesh said Ashok. This move was opposed by Gajapati family members and even public of viziayanagaram.

So, why is she claiming her rights all of a sudden ?

Sanchaita is a lawyer by profession and had worked for BJP party. It’s a fact that no one can question her identity as she will always be one of heirs of Gajapati family legally. However her claim as a chairperson of the trust is legally questionable and unethical in many ways.

Her uncle Ashok Gajapati Raju said that the chairman post is always being given to first male heir of the family according to the legal will of his family from generations. However Sanchaita gave a gender discrimination coating to this statement and claiming the Chairman post of trusts.

Ashok Gajapathi raju claimed that Sanchaita never visited any temples of their trusts and have never attended even the death funerals of Gajapati Family. She never had any relations with her father and his father’s second wife family. Inspite of all this, she is claiming the legacy after her father’s demise.

Ashok Gajapathi raju, former union minister of India is a noble man and is respected by everyone across the state. People of viziayanagaram are very unhappy with government of Andhra pradesh for supporting Sanchaita as chair person instead of Ashok Gajapathi raju for the Gajapathi family trusts.

Sanchita is presently the chairman of MANSAS trusts which includes Simhachalam temple and 104 other temples in East Godavari district.

Twitter has apologised for ‘Ladakh in China’ Map: Meenakshi Lekhi