PM Modi, Trump Get “Along So Well”, Says Nikki Haley 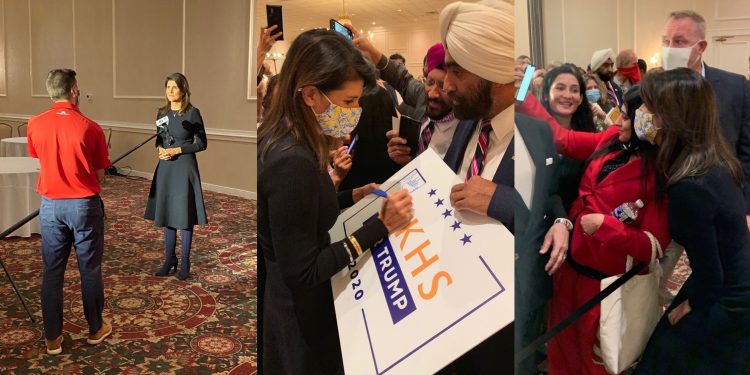 Addressing the Indian American community in Philadelphia in the run-up to the US elections, Nikki Haley, a prominent Indian Republican politician, addressed a range of topics on Saturday, including Indian and US ties under President Donald Trump, his foreign policy, dealing with China, and stopping financial assistance to Pakistan.

Speaking at the event entitled ‘Indian Voices for Trump Fireside Chat,’ Haley said that President Trump’s foreign policy had been “gangbusters over every other president.”

Haley, a former U.S. ambassador to the United Nations, said, Trump and Prime Minister Narendra Modi
are getting “so well together” and the two countries are collaborating in security, trade, and other sectors.

Akhil’s Most eligible bachelor teaser is out.

Akhil's Most eligible bachelor teaser is out.