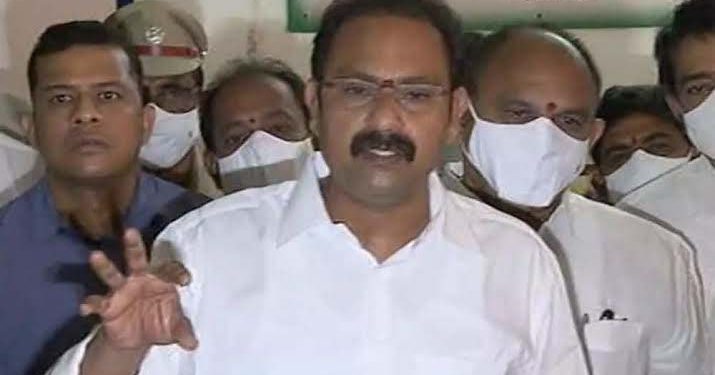 Eluru : Over 170 people, including several female and children, were admitted with some mystery disease in the Government General Hospital in Eluru, West Godavari district in last couple of days. Patients were suffering from symptoms like sudden dizziness, headache and epilepsy-type symptoms, said a doctor treating them.

Most of the cases were reported from areas like Kobbari Thota, Kothapeta, Toorpu Veedhi and Arundhati Peta. “Blood samples of patients have been sent to the Forensic Science Laboratory (FSL) and we are waiting for reports. CT scan and X-ray reports are normal,” said the doctor treating them.

Deputy Chief Minister and Health Minister Alla Nani along with Collector R. Mutyala Raju, Superintendent of Police K. Narayan Naik, Joint Collector Himanshu Shukla and other officials visited the Government General Hospital and enquired about the condition of the patients.

‘Patients are recovering well and there is no need to panic. It might be due to some water pollution issue‘ said a doctor treating patients in the GGH.