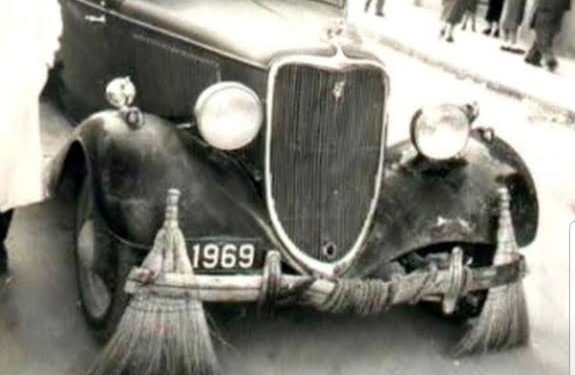 India was the largest importer of Rolls Royce cars before World War 1. Infact 20% of all Rolls Royce cars that were built before 1940’s were exported to India. Indian kings of that era had a strong connection with the Rolls Royce brand. Having Rolce Royce is a matter of pride for them. There were about 2000 Rolls Royce cars in India in the early years of 20 th century.

Maharaj of Alwar, Rajasthan was a rich man who fancied Rolls Royce cars. He used to buy three automobiles at a time when he went to car showrooms abroad. In 1920, Maharaja of Alwar, Jai Singh was walking casually around the streets of Mayfair Area, London. With a normal indian attire he walked into a showroom of Rolls Royce. Salesmen of the branch have ignored Maharaja Jai Singh assuming him as an ordinary indian man.

King Jai Singh felt very humiliated with their behaviour and returned to his hotel room. He then asked his servants to inform the showroom and tell them that King of Alwar city is going to purchase few of their cars. After that, all the British salesmen in the showroom were lined up to honour the Indian King’s visit and a red carpet was rolled out in the showroom. The King visited the same showroom in his royal attire and purchased all the six cars present in the showroom.

Once all the six Rolls Royce had been transported to India, the King of Alwar, ordered the Municipality to use these cars to sweep the streets of the city. He also ordered them to use these cars to collect and transport garbage from one corner of the city to other. This news got spread instantly all over the world and the manufacturers of the brand were in total shock.

Rolls Royce cars were bought by many just for its reputation of being the ‘Royals car’. The wide spread news of RR cars being used to pickup garbage had damaged the brand effecting its reputation and sales that year. Finally, Rolls Royce sent a telegram apologizing to the Indian King Jai Singh and also offered six more brand new RR cars at free of cost. Maharaja, who was pleased with their apology, stopped using the cars for cleaning streets.