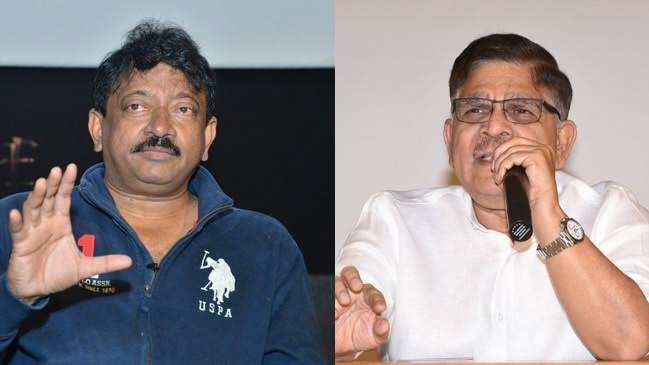 Sri Reddy, a telugu actress who has been doing supporting roles suddenly came into the lime light after she made sensational comments about casting couch in the industry. She went on to make allegations on Rana’s brother that he harassed her and also took a dig at Pawan kalyan after he commented on her stripping act. Even the controversy king, Ram Gopal Varma got involved in this controversy.

This Nandamoori hero has a huge fan base. This actor got involved in a huge controversy when he slapped a fan when the fan allegedly was trying to take a selfie with him.There have been news that the actor slapped several people but none of the rumor has proper evidence.

Referring to the absence of Chiranjeevi at a meeting called by MAA to discuss the assistance to be provided by the industry to flood victims, Senior actor Mohan Babu had made certain remarks. Reacting to those remarks, Chiranjeevi told reporters that he was the first to reach out to people in flood-hit areas. He also said that Mohan Babu will literally say anything if he is given a mike.

Mohan Babu reacted strongly to Chiranjeevi’s comments, saying chiranjeevi does not even know how a legislator should behave. He also suggested the chiranjeevi to watch his movies to learn how to be a politician.

Whenever there’s a mega family event, it’s common for fans to hoot Pawan Kalyan’s name. In an event, Allu Arjun said “Cheppanu brother” when asked to talk about Pawan Kalyan. This angered power star’s fans. Some even promised that they wouldn’t watch AA ‘s next movie. But all of this got controlled when AA addressed this issue in another event explaining why he said that.

Tapsee in a hindi comedy show named EIC said that in her first film she was hit by flowers on her midriff which she found weird and she said tollywood has an obsession with midriffs. Tapsee received huge hatred after that video got aired. Telugu audience were angered as she made such statements against the legendary director, K.Raghavendar Rao who introduced many top actresses.

Samantha also was involved in a controversy. When Mahesh Babu’s film, 1 nenokkadine poster came out feminists protested against it, as they felt it was disrespectful to women. Chinmayeee Sri padha, singer and Samantha’s close friend also condemmned it. But it wasn’t until Samantha tweeting about it, that this controversy got highlighted. Later, Mahesh babu gave a clarity on this issue and their were rumours for some months that Samantha and Mahesh weren’t on good terms after this.

It wouldn’t be wrong to say that it was these controversies that made the film Arjun Reddy famous. Although there were not one but many controversies on this film, the major one was about a cuss word that the actor says in the trailer of the film. It maybe common for the hindi film industry, but for tollywood this was new. In addition to this, the actor in the audio launch publicly said the word and asked people to repeat it. Some people and even few celebrities condemned this.

Ram Gopal Varma confessed in a video that he influenced actor Sri Reddy into abusing actor Pawan Kalyan. This was condemned by many and Allu Aravind took one extra step by calling a press conference to register his anger.

He called RGV a criminal, Crook and an unlawful man. He said that RGV has been making severe objectionable comments on his family for a while now. RGV gave an immediate reply to him which only spiked up the controversy.

The election to the new President of Movie Artists Association was not a smooth affair. Soon after the election, the MAA’s division into the Naresh and anti-Naresh camps only intensified. A series of pressers by Naresh and the other camp brought everything in the open. It’s said that Megastar Chiranjeevi tried to broker some peace. The differences even reached the court of law.

In January 2020, a big drama took place at the launch event of the annual diary of the Movie Artistes Association. The launch event witnessed a war of words between Megastar Chiranjeevi and MAA Vice President Rajasekhar over problems that exist within the movie association.

After Chiranjeevi concluded his speech, Rajasekhar interrupted the proceedings to take the stage and spoke about his ongoing tussle with Senior actor Naresh who is also the current president of the MAA. The actor also blamed the MAA association for losing out on films and personal losses incurred by him. Chiranjeevi along with other members like Mohan Babu and jaya sudha condemned Rajashekar’s actions. Rajashekar and his wife Jeevitha later apologized for the former’s behaviour on stage.