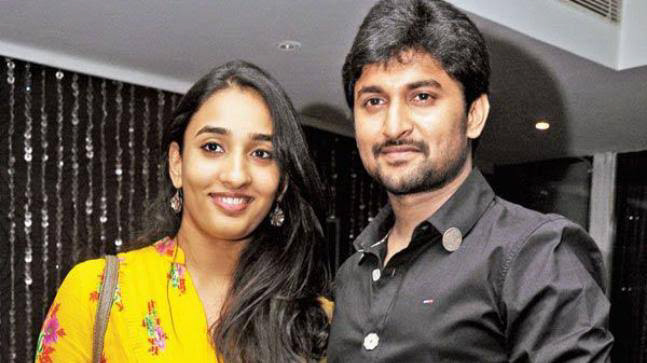 Marriage is such a complex thing. The ups and downs, the fun and fears, the adventures and agony, all of it is so different. Different from what we’ve experienced till now in life. And this time, you aren’t alone. There’s a person with you to hold your hand and walk with you throughout this journey. Lucky are those who get to enjoy this ride with someone who knows them inside out i.e, our best friend. Some of our tollywood actors have got lucky let’s see who they are.

Remember how women and girls of 2 states were heartbroken after the news of Mahesh’s marriage came out? But that’s normal when a prince gets married right? Mahesh Babu and Namratha Shirodkar married on 10th February 2005, after dating for four years. They met on the sets of the movie “Vamsi” .Mahesh being the shy guy he is, took time to mingle with Namratha but when he did they both were inseparable from then. They faced a few problems before marriage because Mahesh’s family were sceptical about Namratha as she was older than Mahesh. But they overcame all those and got married. Now they have two adorable children. When asked about whether she misses the days she would act, Namratha says she wouldn’t have chosen any other life for herself. If this isn’t love, i don’t know what is.

The South India’s most loved couple. All thanks to Gautham Menon sir for playing cupid and bringing this couple together. Chay and Sam met on the sets of Ye maya Chesave although it wasn’t love at first sight, they were close friends. It slowly turned into love when they acted again in Autonagar Surya. But it wasn’t until 2016 that they openly talked about their relationship. Nagarjuna told he always knew about them. Chay’s family adores Sam, so there wasn’t any difficulty in their marriage. ChaySam marriage was what people call, a fairy-tale wedding.

Power couple, is what we call this Jodi. Ram Charan, one of the biggest tollywood actor and Upasana the successful business woman. These both are extremely talented and well known in their respective fields. They met in college and have been best friends for long time. When distance crept between them, they realized their love for each other. They dated for 4 years and then tied knot. They both are each other’s lucky charms because the graph in their careers elevated highly after their marriage.

This couple is the epitome of love. Nani was friend of Anjana’s brother. Nani says he actually didn’t say “I love you” but asked her to marry him. Anjana liked his honesty and genuineness , she said “yes”. When Nani proposed to Anjana, neither was he an actor nor was rich. Yet she accepted him. And that’s why she deserves him and all the love. It wasn’t easy for both of them to convince their parents but they did and happily married.

When you know, you just know. That’s true in case of Rana. The man who continuously was in the list of most eligible bachelors in India, suddenly announced his marriage. Well this was a big shock for Indians after corona outbreak in 2020. Rana, Miheeka knew each other for a long time. And just like that one day, Rana decided to spend the rest of his life with Miheeka. When Rana proposed to Miheeka,she happily agreed. Rana loves Miheeka’s attitude and Miheeka adores Rana, just perfect right?