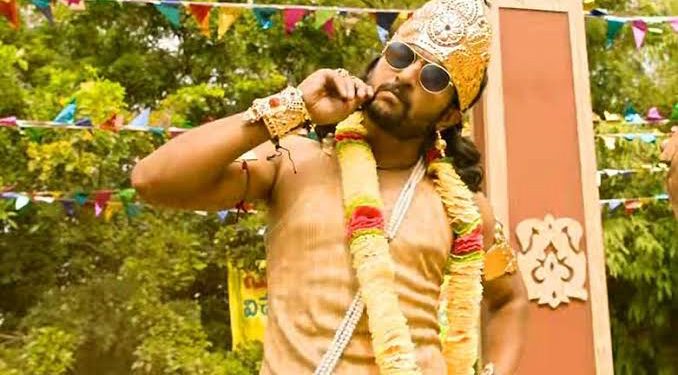 Couple of years ago, one of our team members had an encounter with a Non Resident Indian who was also a great movie fan. When asked about his favourite actor in Tollywood, he took names of stars like Mahesh Babu and Chiranjeevi. However, when asked whose movies he would like to watch, he said he would like to go to Nani’s movie over others any time. He gave two reasons for this motive. One being, Nani’s movie will definitely be a good one and the other being, though the movie is bad, nani manages to make it entertaining.

He further added, “I need to spend 15$ per ticket and should drive 80 miles to reach the nearest theatre which plays Telugu films. When putting so much effort for a movie, atleast one should make sure it is a decent one. Which is why many of us prefer watching nani movies, which never disappointed from past many years.

This is the impact created by Nani on telugu movie audience from past few years. The ‘Outsider’ has been dominating the turf in terms of most successful movies from past 6 years. As it his birthday today, let us go through his Top 5’s in all categories.

This movie is a cinematic Masterpiece. The sports genre movie is the epitome of all thr Motivational and inspirational movies every produced in Indian cinema. The movie is also. being remade into Bollywood with the same name. If the train scene in the movie, doesn’t give you goosebumps and tears, sorry to say, you’re dead inside.

Though the movie wasn’t a blockbuster while in theatres, it surely became a blockbuster in the small screen. Released in the initial days of Nani’s career, the movie has all kinds of aspects in it. From hilarious comic scenes to emotional curves, life lessons to hard work, the movie discusses every aspect of life with a heavy pinch of entertainment.

Ala Modalaindi is a sleeper blockbuster in Nani’s career. Infact this is the first biggest commercial hit for Nani. Thr movie was released with no expectations as the cast was relatively new and the unit has a debutant female director leading them. Inspite of all the odds and budget issues, the movie took over Telugu states and emerged as a super hit.

The movie which introduced Nani to us. No one would have expected, the actor would come this far before his movie debute in Ashta Chamma. Nani was an instant hit with the movie. His acting was flawless and comic timing was super good for a debut actor. The movie also marked the debut of Swathi and Srinivas.

A whole new concept, a whole different Nani and a whole different fun. It is very uncommon to have a physically (or mentally) challenged characters playing leads in Telugu films. However, nani took a bold step of playing a absent-minded junior scientist who gets distracted easily from his tasks. This movie was a blockbuster at the Box office and also marked the start of hit streak for Nani.