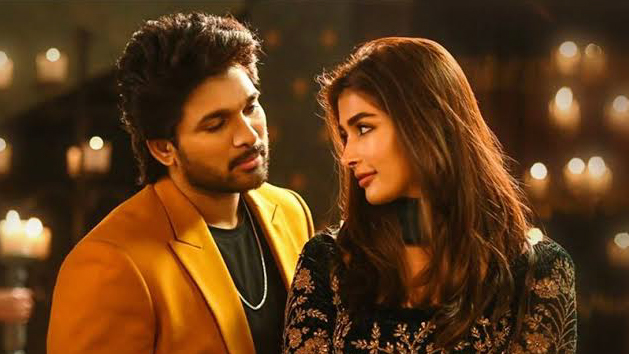 It’s all acting. There’s nothing true about the movie, not the drama, not the action and especially not the romance. Everyone is aware of this. But there is something magical about some on-screen couples that we root for them. N.T.R-Savithri, Chiranjeevi-Vijayashanthi, Nagarjuna-Tabu the list goes on. In recent times too we have had several hit pairs who we absolutely love to watch together. Let’s see the list of top 5 On-Screen couples of Tollywood in recent times.

Pranushka is an iconic couple, there’s no two ways about it. The couple first appeared together in Billa movie. This massive blockbuster was a turning point in both Prabhas and Anushka’s careers. They paired up again for the movie Mirchi which again was a huge hit. Four years later came the historic Bahubali movie series, fans were a bit disappointed when they found out that Anushka didn’t have many scenes in Bahubali the beginning, but the second movie of Bahubali series gave all the Prabhas- Anushka content they have been craving for. While there have been a lot of rumours about them dating, they’ve always declined it smiling. They both have been best friends since 10 years.

Thanks to Gautam Menon sir for creating Ye Maya Chesave and bringing ChaySam together. People could very much feel the chemistry between the the main leads in the movie and maybe they felt it too. 2 films later this couple got hitched and from then, our love for them increased multifold. Undoubtedly, they are South India’s most popular and loved couple. After marriage they worked in another movie, Majili and it wouldn’t be wrong to say that people watched it just for the couple. Love is in the air whenever this couple is around and social media goes crazy whenever they post pics of them.

The South India’s Sensation, Vijay Deverakonda acted in Geetha Govindam along side Rashmika Mandhana. The movie was a super-duper hit that gave first break to Rashmika in Tollywood. The way the couple was shown having cute little fights which connected with the audience so well. The film promotions were a treat to watch as Rashmika and Vijay danced on the movie’s songs. The infamous “Yenti yenti” song in which Rashmika imitates the mannerisms of Vijay is one of the most watched songs of youtube that year. Their next movie Dear Comrade also made us swoon for the couple. With this movie, Vijay-Rashmika gained a lot of fans in allover India and in overseas too.

Now if you know well about Allu Arjun you may also know that he doesn’t repeat his heroines. He has acted in almost 24 films and each time with a new partner. But this was before Ala Vaikuntaapuramulo. Pooja Hegde paired up with AA for second time ( first one being DJ ). It’s almost impossible to watch someone else when there’s Allu Arjun on screen but Pooja with her cuteness made us not just watch her but fall in love with her. One couldn’t help but admire how both of them matched so well in grace, dance and screen presence. The “Buttabomma” song from the film was a feast for the eyes. Let’s hope they pair up again to recreate the magic.

A movie is hit if Nani is in it. Movie is super hit if Nani and Nivetha are in it. Nani introduced Nivetha by the movie Gentleman. Nivetha became overnight star by this film. This movie not only was a super hit but also got positive reviews from critics for the performances of the lead actors. The couple acted again in the film Ninnu Kori which once again proved how talented these two people are. They gave a hattrick hit with the movie, V. Nani and Nivetha are good friends in real life too and they never miss a big event happening in other’s life. All these years of acquaintance have made them a family.