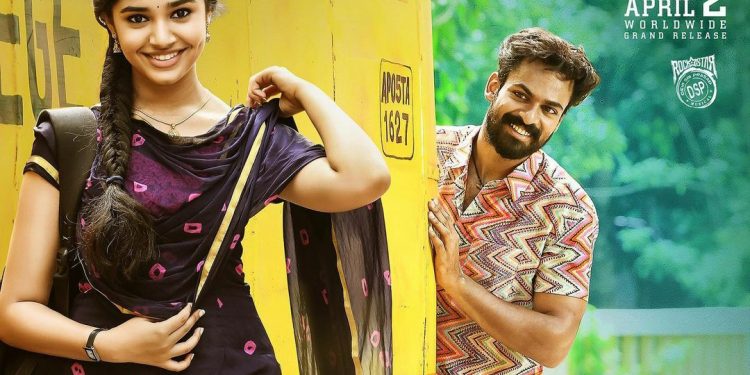 The Movie’s plot is set in the year 2002.
Aasi (Panja Vaisshnav Tej) is a fisherman whose life revolves around the sea, his father and the love of his life Sangeeta (Krithi Shetty). From his childhood, he used to follow her everywhere and doesn’t even hope that she notices him someday.

On the other side, Sangeeta is an upper-caste girl, and daughter of cruel businessman Raayanam (Vijay Sethupathi), who wants to develop a shipping yard by destroying houses of Aasi’s village. Raayanam gives great importance to his family’s pride than his own life. There is even a dialogue where he says “Honor and I are not inseparable from one another”.

Sangeeta who is fondly called as Bebamma by everyone, joins college in the nearby city Kakinada. She accidentally meets Aasi and falls in love with him instantly. Both of them eventually become inseperable. One day, Aasi takes her into the sea as he was repeatedly forced by Bebamma to take her somewhere. However, the diesel inside the boat runs out in the middle of the sea and both of them gets stuck their entire night.

Raayanam, who finds her daughter is missing, learns that she went into the sea with a male person. He immediately sets out to bring back her. The rest of the story deals with the after effects of that night. Will Bebamma and Aasi make it out alive ? To what extent Raayanam will go to save his pride ? Will their be a happy ending ? The movie deals with all these questions.