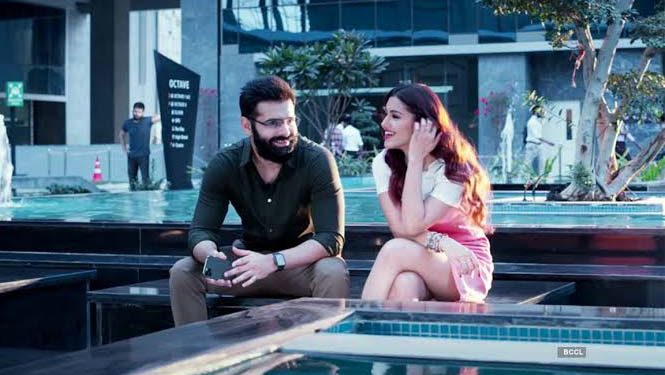 Red is a remake of Tamil movie Thadam which received both critical and box office success in 2019. Red adheres largely from its original movie, but was made a bit more ‘massier’ than the original in an effort to capitalise the image that Ram gained from iSmart Shankar.

Siddharth (Ram) and Aditya (also played by Ram) are identical twins who share a troubled past. After their father’s death both of them part ways and grows up to have extreme contrasting lifestyles. While Siddharth is a well-mannered and successful civil engineer, the latter is a thief who is always in search of easy money and addicted to poker like their mother.

However, fate brings both the twins together in police station where both were held as suspects in a murder case. Police officers, Nivetha Pethuraj and Sampath have enough proofs to prove that one of the twins is the culprit and starts investigating the case to find out the criminal in the identical twins. The answers to these question forms the rest of the plot.