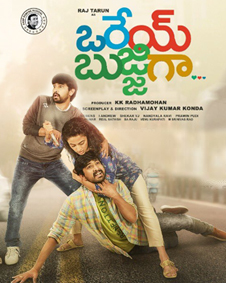 Orey Bujjiga is a routine mediocre comedy movie. The movie starts at a railway station where Srinivas aka Bujji (Raj Tharun) tries to leave his town as his father(Posani) sets up a wedding. At the same time, Krishnaveni(Malavika Nair) also runs away from her family for the same reason. Due to an expected turn of events, a rumor ‘Bujji and Krishnaveni eloped together’ starts spreading. Krishnaveni and Bujji meet on a train journey but he gets to know her as ‘Swathi’ and she gets to know him as ‘Srinivas. They both meet again in Hyderabad and build a start-up on their own. While working together love blossoms between Srinivas and Swathi. Meanwhile, Krishnaveni’s mother who is a government official makes things hard for Bujji’s family, because of the rumor. Bujji comes to know about it and decides to stop the mess. The rest of the story will revolve around how Bujji wins his love and fix the issues of their families. 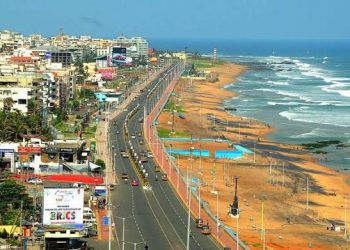