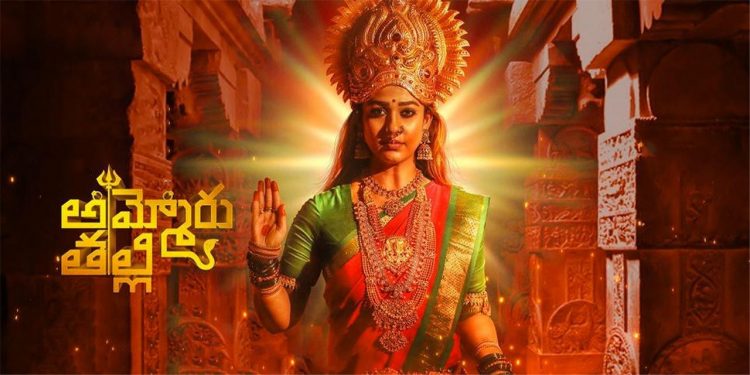 Ammoru thalli satirical comedy movie. The movie is about Engels Ramasamy (RJ Balaji), a small-time reporter working for a television channel. His goal is to work on a story that would bring him statewide recognition so that he can move to a renowned television channel. He works on 11,000 acres of forest and temple lands scam story for over six years in the Northern Andhra region involving Bhagavathi Baba (Ajay Ghosh), the godmen who is hatching a plan to grab the land for his ashram. One day, Mukkupadaka Ammavaru (Nayanthara), his family deity, appears before and the rest of the story is how will Ramaswamy’s life turns around? Will he able to stop Bhagavathi Baba from occupying the land?