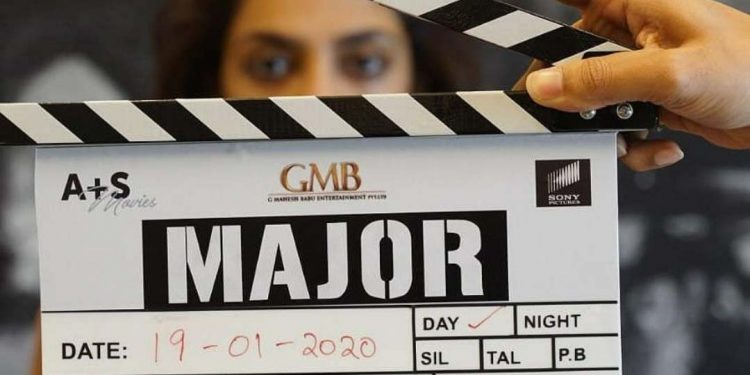 The highly successful Bahubali movies have opened gates for Pan-India releases in Tollywood industry. Telugu Film Makers are now aiming high for their upcoming movies. After Bahubali, Prabhas became a Pan-India star and all his movies are being released India wide.

Right now Tollywood industry has 10+ movies that are aiming for a Pan India release and looking to enter new movie markets.

India’s most awaited movie ‘RRR‘ is another biggie by Rajamouli that is being exported from Tollywood after Bahubali. The movie has a massive star cast from Tollywood and Bollywood. For couple of key roles Hollywood actors have also been roped into it. The movie was set to release in early 2021 initially. Due to Corona outbreak the release date has been indefinitely moving forward.

This is the fourth Pan-India movie for Prabhas after Bahubali movies and Saaho. With Bahubali, Prabhas market increased rapidly in all movie markets of the country. Even though Saaho ended up as a flop, the box office collections of the movie are better than a Bollywood superhit. With this stardom, filmmakers are lining up to invest huge amounts in Prabhas movies.

Radheshyam is another big budget flick from Tollywood, directed by young director Radha krishna. The movie which also has Pooja hegde along side Prabhas is a periodic love story set in Europe.

The untitled movie of Prabhas and director Nag Ashwin will be the most expensive movie made in Telugu Cinema. With a budget of 400+ crores, the Fictional movie also stars Bollywood actors Amitabh Bachchan and Deepika Padukone in key roles. Nag Ashwin recently said that the movie has the potential to be a Pan-World movie.

Vijay’s ambitious project Liger also starring Bollywood starlet Ananya Panday will get a Pan-India release. Puri Jagan, known for his massy entertainers is leaving no stone unturned to score a hit with this movie both as a director and producer.

Major is an upcoming Indian biographical film directed by Sashi Kiran and co-produced by superstar Mahesh babu. The movie is based on the life of 2008 Mumbai attacks martyr Sandeep Unnikrishnan whose role is being played by Adivi Sesh.

Manchu Manoj is making a grand comeback in films with Aham Brahmasmi, directed by Srikanth N Reddy. Tipped to be a pan-Indian venture, the film is rumoured to be released in five languages namely, Telugu, Tamil, Kannada, Malayalam and Hindi.

The movie is a sequel of Nikhil’s Karthikeya which was box office blockbuster. This time, the movie team is rumoured to be planning for a Pan-India release. ‘Though Nikhil is not a bankable star in other languages, the story of the movie has Pan-India appeal’ said a movie source.

Nithin’s next flick Power – Peta is said to be a two film series which will release simultaneously in Tamil and Telugu languages. The high budget flick will also star Keerthy Suresh opposite Nithin.

Mahesh Babu’s next movie Sarkaru vari paata is rumoured to be a Pan-India release. Though the team didn’t confirm the news, the movie team roped in actors from many industries and also the story of the movie has a Pan-India appeal’. Mahesh babu has always been hesitant to go past Tollywood, we need to see whether he will break the ice with this big budget flick.

Another Pan-India film of Prabhas is being produced by Homebale films with KGF fame Prashanth Neel as director. Shruti Haasan is playing the lead role opposite to Prabhas. The movie is being marketed as a high octane Action film with Mafia backdrop. Though rumors are going around that Salaar could be a remake of Prashant Neel’s Ugramm, the director confirmed that the Prabhas starrer has a fresh story live with never seen before action scenes.

An untitled movie of Ram Charan and Director Shankar is announced in early 2021. The movie is being planned with a high budget by Tollywood producer Dil Raju. Though budget of the film is not announced yet, with Shankar on board, the production values will be on par with Hollywood movies which inturn takes a toll of atleast 300+crores. The movie is still in pre production stage and the shoot might kick start from late 2021.