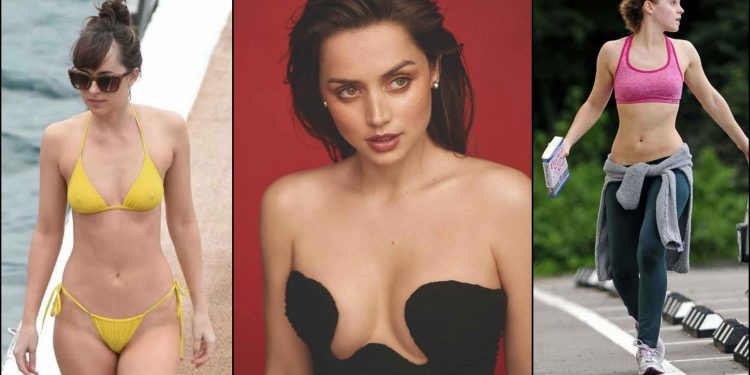 Since the inception of movies, some of the most beautiful women in the world have graced the silver screens around the globe. With a mix of amazing talent and Beautiful bodies, many actresses have surpassed their male co-stars in both popularity and net worth in the 21st century.

Many present-day actresses are considered to be some of the most beautiful women in the world. Present-day cinema has the potential to reach millions of people around the world breaking language barriers. With the global appeal for movies, the leading actresses in movies are getting worldwide recognition.

Also Read : list of Top 10 most beautiful women in the world

As the world is entering 2021 within a couple of months. Here is a list of the most beautiful actresses in the world for 2021. We have considered celebrities from all the movie industries around the world.

Note:- The list is not based on popularity and seniority of the actresses

Top 10 Most Beautiful actress in the world

Malavika Mohanan is an Indian actress who predominantly works in Tamil films. The actress is known for movies like Beyond the Clouds (2017), The Great Father (2017), Petta (2019), and Master. The young actress is beautiful, confident, and sensible.

Margot Elise Robbie was born in Australia to Scottish parents. Robbie played the character of Donna Freedman in the long-running Australian soap opera, Neighbours (1985), for which she was nominated for two Logie Awards. She set off to the US to pursue Hollywood opportunities, quickly landing the role of Laura Cameron on the short-lived ABC series, Pan Am (2011), and made her big-screen debut in the film, About Tinr (2013).

Robbie rose to fame co-starring alongside Leonardo in Wolf in the Wall Street. After that, there is no turning back. The Australian actress started as Harley Quinn in Two DC movies which made her crowd favorite.

Dakota Mayi Johnson is an American actress and fashion model. She was born in Austin, Texas and her parents were also actors. Johnson started her career as a model initially and later started acting in movies.
She had her first box office hit in 2010 with David Fincher’s film, The Social Network (2010), in which she had a small scene with Justin Timberlake. She then acted in many movies, but her biggest break came with the 50 Shades trilogy.

Zoe Saldana was born in New Jersey. She began performing with the Faces theater troupe which played acts with positive messages for teens with themes dealing with issues such as substance abuse and sex.

Zoe then started getting offers from Big production houses. She gained international fame with an avatar in 2009 which broke all the previous box office records. In 2019 she broke her box office record with the Avengers End game movie.

British actress Emilia was born in London and grew up in Oxfordshire of England. Her father was a theatre sound engineer. Emilia started acting in plays at the age of 3. During her training in Acting school, Emilia first appeared on television with a guest role in the BBC soap opera Doctors.

After graduating from the Drama Centre London, Emilia got her first film role in the television movie Triassic Attack and later that year she landed in her breakthrough role came in Game of Thrones. She played Sarah Connor in Terminator Genisys and played Qi’ra in Solo: A Star Wars Story.

Gal Gadot is an Israeli actress, singer, martial artist, and model. She was born to a Jewish family. Gal began modeling in the late 2000s and made her film debut in the Fast and Furious franchise as Gisele which was her first shot to international fame. She appeared in short roles in few other Hollywood movies

In early December 2013, Gal was cast as Wonder Woman in the DCEU movies. She has made 3 appearances so far as Wonder woman and is all set to make her fourth appearance as WW in early 2021.

Gal is a motorcycle enthusiast in real life and owns a black 2006 Ducati Monster-S2R. She has been married to an Israeli businessman Yaron Versano for the past 13 years. The couple has two daughters.

Amber Heard is an American-born actress and model. Born and raised in Texas. State, she made her film debut in a minor supporting role in the sports drama Friday Night Lights (2004), followed by a series of other small roles in television and films. She acted in Hit movies like Never back down, Rum diary, Informers, Zombieland, etc which got her international fame.

Emma Watson is the first love for millions of people born in the ’90s. The actress rose to global fame at the age of 12 with her performance in the Harry Potter Series. Her iconic performance as Hermione for 10 long years in the series has gained her millions of fans across the globe. The UK-born star is a graduate, social activist, author, and much more.

Post her success with Harry Potter films, Emma became a part-time model and made appearances for many fashion labels. Her recent blockbuster ‘Beauty and the Beast’ grossed over 1 billion dollars at Box office

But this godlike perfection of a person and her impeccable acting skills are not just limited to this franchise. She is also accredited to have played celebrated characters. So like Belle from Beauty and the Beast, Meg March from the 2019 movie Little Women, and Sam from The Perks of Being a Wallflower.

Irina Shayk is one of the top models on the planet. The sexiest model of our generation was born in the USSR in 1986. She is well known for her appearances in the Sports Illustrated Swimsuit Issue between the years 2007 and 2014 and was the cover model 2011 issue. Shayk made her acting debut as Megara alongside Dwayne ‘Rock’ Johnson in Hercules.

Ana de Armas was born in Cuba in 1988. At the tender age of 14, she began her studies at the National Theatre School of Havana, where she graduated after four years. In her teenage, she made her first film, Una rosa de Francia and a few titles came after until she moved to Spain, where she continued her film career and started on Television. In 2014 she moved to Los Angeles for better career opportunities. She has appeared in films such as War Dogs, Hands of Stone, Knock Knock, and Blade Runner 2049.

Ana is now playing the female lead opposite Daniel Craig in No Time to Die, a James bond movie. The movie was set to release in 2020 but was postponed indefinitely due to a pandemic outbreak.