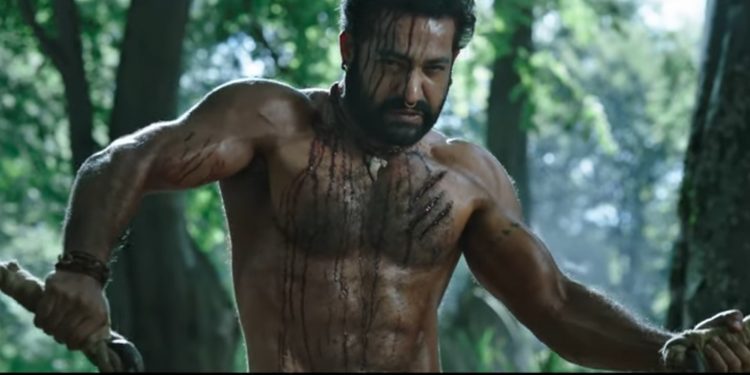 The most awaited teaser of RRR movie is out. NTR as Bheem with Charan’s voice over will literally gives you goosebumps watching the promo. NTR looks like a beast with his highly ripped body. Ram Charan has dubbed for Jr NTR’s Komaram Bheem teaser in all five languages.

RRR, directed by SS Rajamouli, is predominantly shot in Telugu. However, the film will release in multiple languages including Tamil, Malayalam, Kannada and Hindi.

Produced by DVV Danayya, the film features big names like Alia Bhatt, Ajay Devgn, Samuthirakani, Allison Doody, Ray Stevenson and Olivia Morris in important roles along with Ramcharan as Alluri Seetharamaraju and NTR as Komaram Bheem. The film was earlier slated to release on January 8, 2021 but was postponed due to pandemic outbreak.