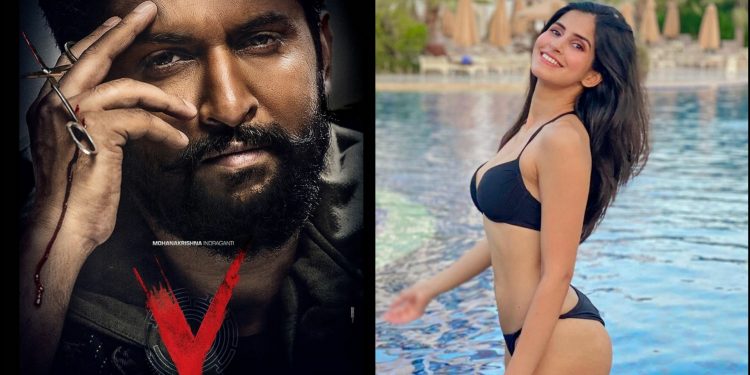 Nani and Sudheer Babu starrer ‘V’ movie has been pulled out from platform Amazon Prime Video after a court order from Bombay High Court on Tuesday. After Mumbai-based model Sakshi Malik sought the deletion of a particular scene where her photo was used without her consent, the court has ordered that the film be restrained until the scene is deleted.

The movie team not only used her image without her consent, they portrayed her a sex worker in the movie, which is very derogatory for any celebrity. Sakshi Malik, who enjoys a 6 Million instagram followers approached the Bombay court on this issue. After initial arguments, court has clearly stated that the content should be removed.

The Bombay High court order read, “It is not possible to use the image of any person for a commercial purpose without getting their written consent. Most especially, using a private image of a person, without consent is unlawful and entirely illegal. In this given case, it is also defamatory, considering the type of use.”

The court further added that the movie team will have to show the petitioner and her lawyers the altered portion before the court allows its re-release on Amazon Prime Video.