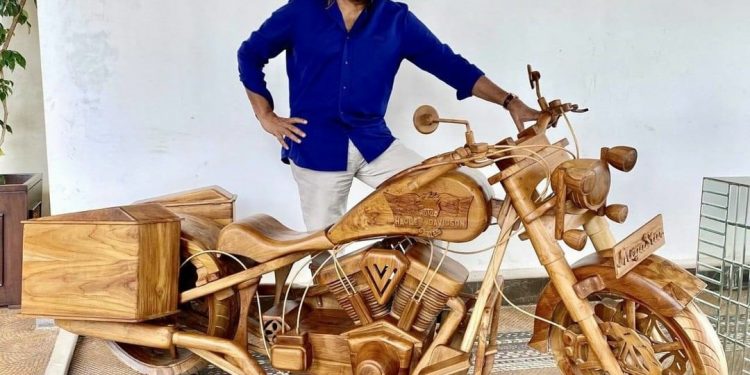 Tollywood legendary actor received so many gifts on his birthday but the one he received from Collection king Mohan Babu remained special of all. Mohan babu gifted an exact wooden replica of a Harley Davidson bike whose number plate read Mega star. Chiranjeevi who was impressed by Mohan Babu’s lovely gesture took to Twitter thanking him.

Mohan babu and Chiranjeevi turned into rivals from the early 2000’s with severe verbal exchanges in between. However the rivalry has ended now and the duo is bonding very well similar to their early years in tollywood.

New Wonder woman 1984 trailer is out