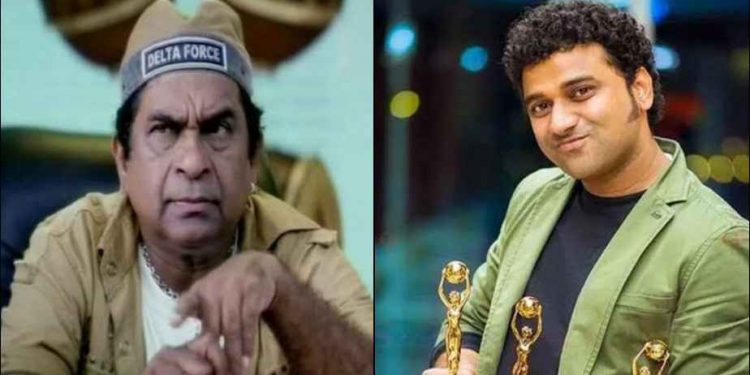 India has some of the greatest musicians and Music composers of all time. A R Rahman has won 2 Academy awards for his composing and Ilayaraja of Tamil Nadu is considered as music maestro of traditional Indian music. Their music is original, pure and gets attention from music fans all over the world.

Tamil cinema or Kollywood has the reputation of producing some of best composers India has ever seen. However, Tollywood and Bollywood are lacking originality inspite of having some wonderful composers in the respective industries. Tollywood’s top composers like Devi Sri Prasad, SS Thaman, Mani Sharma etc have delivered many memorable hits. However, they were pointed out many times for lacking originality.

Among them SS Thaman is recieving more heat from the Telugu movie fans nowadays. Apart from him Devi Sri Prasad AKA DSP has also been subject of copying tunes. DSP is infamous for remixing and re-remixing his own songs.

Many filmy people, especially directors and producers argue that as long as music composers are delivering hits, they don’t mind them copying or remixing. Here is a list of songs composed by Devi Sri Prasad, DSP which are very much similar to other songs or music.

Copied and Remix songs of DSP

The Girra Girra song from Fun and Frustration movie is an instant hit after the release of the movie. The peppy music of the song with Tamannah’s hotest dance moves grabbed the attention of movie audience. However the tune of this song has a resemblance with Maro Maro song from Chirutha movie.

In Chitralahari movie, there is a scenes where Sai Dharam Tej character leaves Bombay due to continues disappointment in his life. The BGM for this scenes is lifted from Raja the Great movie. In Raja the Great, there will be a sad Back ground score when Mehreen plays violin remembering her father’s death.

Yevadu movie’s Background music has resemblance with two other Tollywood movies, Tulasi and Mirchi. Devi Sri Prasad is the music composer for all three movies. With a slight variation, all three movies have similar BGM.

This case is a mix of both copy and remix. There is a sharp resemblance in tunes of Songs from Hello Guru Premakosame, Jai Lava Kusa ans Gopala Gopala. While Gopala Gopala movie song which was released first, was composed by Anup and the other two songs having the same tune were composed by Devi Sri Prasad