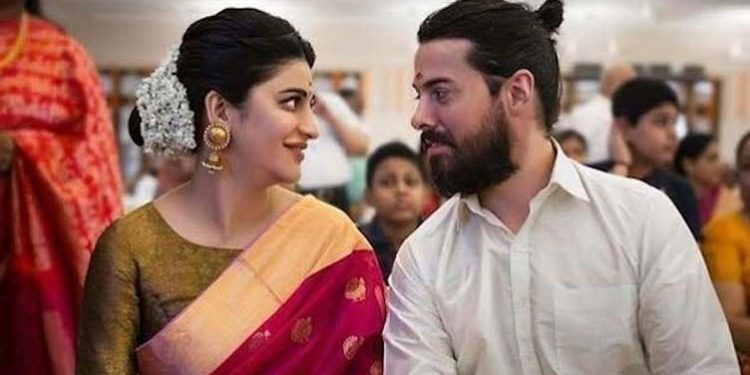 Priyanka and Nick Jonas wedding is one of the most celebrated inter country weddings in India. Many people are aware of their love story and Marriage. However Priyanka isn’t the only Indian star to be romantically involved with someone from a different nation. Take a look at the celebrities who have married or Dated foreign nationals for long time.

Preity Zinta finally married Gene Goodenough on February 28, 2016. The couple dated for 5 years before getting hitched. Priety met her husband in Santa Monica, Los Angeles. They tied the knot in a Hindu wedding ceremony in Los Angeles with an intimate gathering of family and very close friends.

Ileana dated Andrew Kneebone, an Australian photographer for a long time. Infact she mentioned him as husband in her Instagram posts several times. However in 2019, the couple broke up and unfollowed each other on Instagram. Ileana who erased all her ex boyfriend’s images from her Instagram later said in a interview that Shit Happens and people should move on

Shruti Haasan dated Michael Corsale, a London based Italian man for 4 years. The couple made many stage appearances together in India. However in 2019 the couple broke up and took the same to their social media handles to confirm it officially.

Actress Shriya Saran tied the knot with her long time boyfriend, Russian restauranter Andrei Koscheev in March 2018 and has been leading a happy family life since then. The pretty actress who is settled in Barcelona is very active on social media after her marriage and keeps sharing her updates with her fans.

Shashi Kapoor and UK actress Jennifer met for the first time in Kolkata in 1956. Shashi Kapoor was part of the Prithvi Theatre company, while she was playing Miranda in the play The Tempest, as part of Shakespeareana. Soon, Shashi Kapoor also began to tour with Kendal’s Company and love blossomed between two of them. The couple married in July 1958 and has 3 children.

Current status : Were Married till death

After divorcing his first wife Mehr, Arjun started dating south african model Gabriella Demetriades. The couple has a 1 year old baby boy and are living together Happily. However, the couple didn’t tie the knot and it looks like they are not in a hurry for marriage.

Arunoday Singh got married to his long term Canadian girlfriend Lee Elton on December 3, 2016. However, after a dispute with Singh, Lee moved to Canada. Later the couple announced the seperation. Singh made the news official with an emotional Instagram post.

Actor Purab Kohli married his long term UK-based girlfriend Lucy Payton. The couple has a two year old baby by the time they got Hitched. Lucy and Purab were in Live in relation in UK for many years before their marriage.

Miss India title winner and Bollywood actress Celine Jaitley married Austrian man Peter Haag. Celina herself is half Indian and half Afghan. The couple married in 2016 and has 2 children together.

11 Crazy Facts about Currencies around the World

11 Crazy Facts about Currencies around the World