10 Most paused Tamil movie scenes of all Time 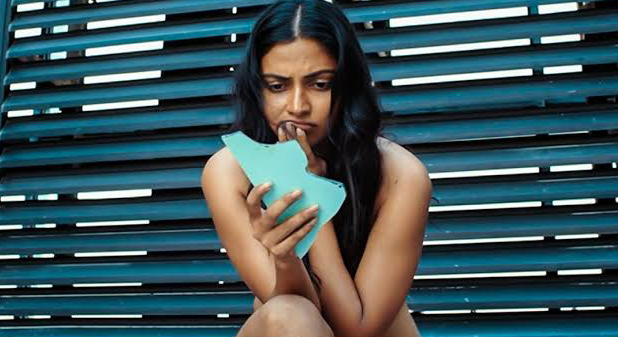 One of the most benifiting aspects of watching movies on DVDs and Mobile apps like Netflix and Hotstar is that you can pause the video anywhere you want. Your most favourite scene of the movie might disappear in a glimpse in theatres. However, we can watch the movie later when it hits blue ray or OTT platforms. We can even select our favourite moments, pause them and play over and over again.

People are fond of emotional scenes, hero entry scenes and cameo scenes of big actors or actresses. However, sensual and intimate scenes are the most paused scenes in almost every movie. Kollywood also has some of the most sensual and pause worthy moments. Here is the list of top 10 most paused Tamil movie moments.

Description : Amala Paul who plays a TV channel employee, gets drunk with friends in an abandoned building  and wake up next day without clothes and no one around her. For almost half of the movie Amala paul remains without clothes in her.

Description : Pachchai Thee is the only romantic track of Shivudu and Avantika in Bahubali series. As both of them falls in love instantly at first sight, the director wanted to show that the attraction was majorly physical which is why the Pachchai song was filmed with more intimacy between the lead characters.

Description : In Super Deluxe Vijay Sethupati’s Transgender character is seen without wig and mackup with visible belly while communicating with his wife. That glance of the actor is very disturbing and outstanding.

Description : In the college drama Vijay and Jyothika gets attracted towards each other but falls apart due to their egos. In the end they will put aside their egos forever and reunites by sharing a kiss. This scenes was filmed when kissing on-screen is still a taboo. People discussed this scene for years.

Description : This is the first time a main stream actress in Kollywood is sporting a Bikini. This scene in Billa got very famous after the release of the movie.

Description : Kamal Haasan played character and his on screen wife played by Rani Mukherjee has few intimate scenes in the movie. The scene were the couple share a kiss is rather new to the Kollywood industry in the year 2000.

Scene : Glimpses of Kamal’s life is shown in climax

Description : Pooja Kumar who plays Kamal Haasan’s wife character cheats on him as he is soft and complete feminine person. Going into the movie she learns that Kamal is a rough guy who works for RAW and gets back to him. After the end of the movie glimpses of their romance are thrown on screen.

Description : There is a scene in the movie where Simbu drops Nayanthara after going out on a date. While leaving he learns that there’s no one at home and hesitantly approaches her. After few nervous moments both of them share intimate moments. This scene was talk of the town as the chemistry was intense.

Description : Karthi, a petty thief falls for Tamannah and follows her to a marriage function. There are multiple scenes in marriage where Karti grabs Tamannah’s waist multiple times as he couldn’t resist. Though movie disappointed at the BO, the chemistry between the artists was appreciated

Description : Though Shriya Saran plays a traditional girl role in the movie, she goes all out in songs giving a run for the audience money.