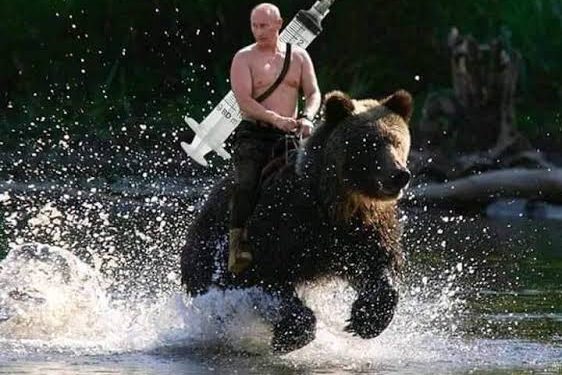 Who doesn’t love Putin’s swag and his Alpha Male walk. He is by far the most bad ass president the world has ever seen. He can move the wheel, he can stop the wheel and most importantly he can break the wheel. Here is a list of Alpha Male memes of Russian President Vladimir Putin.

Been Russian president and prime minister for more than 2 decades now and probably some 8 more decades to go.

Putin doesn’t age. He is immortal.

Putin can literally nuke the nukes and he knows it.

He has a secret illegal relationship with trump

Everyone in Russia obeys and serves Putin. Even Corona Virus

Putin is saving the world with his ( world’s first) Corona Vaccine.

Putin can turn the tables in any situation.