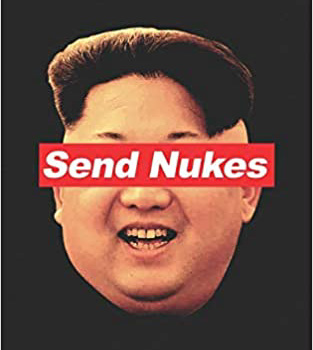 Everyone on the planet knows that North Korea has nukes and the country’s supreme leader Kim Jong-un has often threatened U.S and South Korea with their nukes. Here is a list of nuke memes of Kim Jong-un

Don’t mess with this guy. He can literally nuke you.

He is now friends with Mr Trump, the other guy who can nuke you for cheese tacos.

Kim is good guy. He only asks for nukes

Kim has mood swings just like any other Teenage girl.

Kim loves Tacos. He can nuke you for Tacos

Kim looses his mind when hungry. Feed him to save your country from getting nuked.

Kim is old-school. Uses floppy to store the coordinates of countries to nuke

Kim is a friend of China. Yet his subordinates might nuke it due to translation problems

Kim is always misunderstood by the rest of the world.