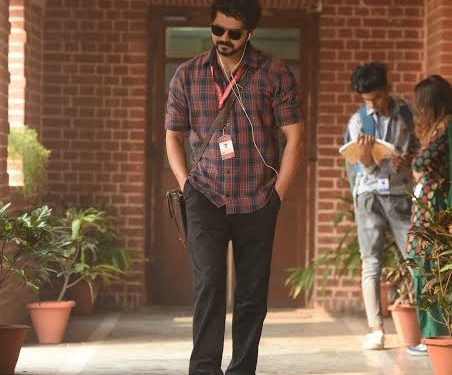 Kollywood super star Vijay and Lokesh Kanagaraj’s Master is one of the highly awaited films of 2020. The romantic-thriller  was scheduled for April 9 release and was delayed indefinitely since then due to Covid-19.

Many movies including big hero starrers such as Surya’s ‘Akashame sarihaddura’ and Nani’s ‘v’ are skipping the conventional theatrical release and opting for an OTT release. However the makers of Master decided to stay away from this path. There were rumours that Vijay was giving a thought on OTT release to not to keep his fans await. However, film makers rejected the news and confirmed that they are planning to wait till the pandemic ends to release in theatres.

However this week the makers of the movie expressed their frustration publicly over the indefinate delay of the film and the statement sparked rumours of OTT release again. Even though if we assume that the makers are willing for an OTT release, the main question here will be whether if any OTT’s cheque can match the weight of the vijay starrer. Vijay who enjoys a massive fan following can reach 100 crore mark even with a below average movie. To buy film of such a star, the cheque size should also be in proportion to it.

Right now the streaming platforms – Prime Video, Netflix and Disney Hot star are buying movies of big stars directly. However it is not affordable for them either to pay such huge amounts for a single movie. So, all we can do is wait and watch untill the time decides it’s fate.