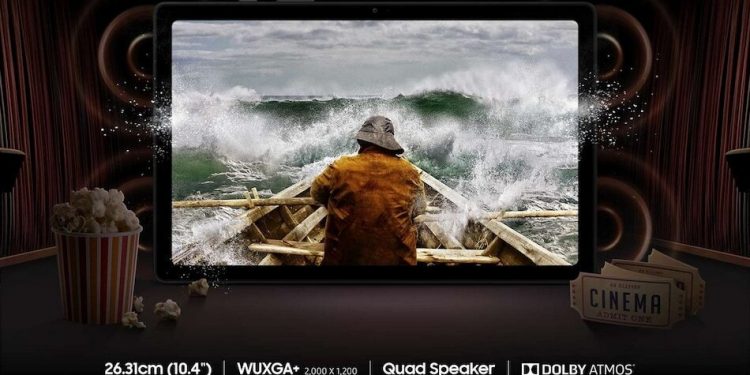 Samsung has announced the launch of the Galaxy Tab A7, in India. It’s a new mid-range tablet that was originally unveiled earlier this month at the company’s ‘Life Unstoppable’ virtual event. The Galaxy Tab A7 possesses an octa-core processor and comes with a massive 7,040mAh battery.

Galaxy Tab A7 (2020) Price and Availability
This tablet at Rs. 17,999 price tag for the Wi-Fi-only model, while the LTE variant comes with an Rs. 21,999. Galaxy Tab A7 is available in three colors – Dark Gray, Silver, and Gold. Pre-booking begins today on the company official web-store in India, as well as select offline retail stores and on popular online portals.

Samsung Galaxy Tab A7 specifications
The Samsung Galaxy Tab A7 is an Android 10-based One UI 2.5 tablet. Coming to the display a 10.4-inch WUXGA+ (2,000×1,200 pixels) TFT display. It has the octa-core Qualcomm Snapdragon 662 SoC, paired with 3GB of RAM. Users get 32GB of onboard storage that can be expanded via a microSD card (up to 1TB). The tablet comes with an 8-megapixel rear camera that can record full-HD videos at 30fps. Users can make video calls via a 5-megapixel camera sensor at the front.